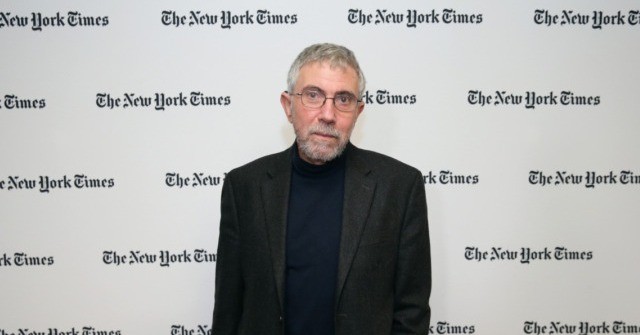 A group of left-wing economists is demanding that Professor Harald Uhlig of the University of Chicago be forced to resign as editor of the Journal of Political Economy because he criticized left-wing proposals to “defund the police.”

Ironically, Uhlig has supported the Black Lives Matter cause as “legitimate,” while criticizing looting and violence.

Uhlig tweeted Monday that the Black Lives Matter movement had “torpedoed itself” with its “defund the police” demand:

Too bad, but #blacklivesmatter per its core organization @Blklivesmatter just torpedoed itself, with its full-fledged support of #defundthepolice : “We call for a national defunding of police.” Suuuure. They knew this is non-starter, and tried a sensible Orwell 1984 of saying,

In response, a petition is being circulated, addressed to the coeditors “of the Journal of Political Economy and Director of The University of Chicago Press,” demanding that Uhlig be made to resign for “trivializing” the movement:

We, the undersigned, call for the resignation of Harald Uhlig, the Bruce Allen and Barbara Ritzenthaler Professor in Economics at the University of Chicago, as the Lead Editor of the Journal of Political Economy. Prof. Uhlig’s comments published on his blog (https://bit.ly/3cN0L97) and Twitter posts dated June 8th, trivializing the Black Lives Matter (BLM) movement and drawing parallels between the BLM movement and the Ku Klux Klan, are outrageous and unacceptable. They hurt and marginalize people of color and their allies in the economics profession; call into question his impartiality in assessing academic work on this and related topics; and damage the standing of the economics discipline in society. We do not question the right of Prof. Uhlig to make such comments, but we are strongly opposed to him holding a position of power as the editor of a prominent journal in our discipline.

The reference to the Ku Klux Klan has to do with an argument Uhlig made in 2017 during the debate over football players kneeling in protest during the nation anthem, pointing out that journalists’ support for the “free speech” of the players was not actually about support for the principle of free speech in general, but about “anti-Trumpism.”

Uhlig apologized on Twitter for not choosing “words and comparisons wisely,” but that did not satisfy critics.

Prominent economists, including the New York Times‘ Paul Krugman — who had to apologize last week for falsely accusing the Bureau of Labor Statistics of succumbing to bullying by the administration — have joined the attack:

Editor of the Journal of Political Economy, a powerful gatekeeper in the profession. And yet another privileged white man who evidently can’t control his urge to belittle the concerns of those less fortunate. https://t.co/H1gUa89p9o

Last week, Uhlig criticized the rioting and looting that accompanied Black Lives Matter protests, tweeting that while the George Floyd protests had a “legit cause,” the “[v]iolence and looting discredits the peaceful protests.”

Thank you, @JonnyBones, for stating this so clearly. @BarackObama did too, here https://t.co/ERMqBue97u . I wish more had your guts to say that. Violence and looting discredits the peaceful protests and legit cause. https://t.co/wMgg6n1jvZ

When people drive pickup trucks to smashed stores to clean out merchandise, when people bring tools to pry open cash machines, then this is planned theft, and not about some political cause. I wish @donlemon , @chriscuomo and other whitewashing journalists would finally wake up.

Then, last Thursday, Uhlig criticized the efforts of minority business owners to save their stores from looting by putting up notices identifying their premises as “black-owned,” noting that doing so essentially reinforced racism:

Lots of store signs “Black owned … don’t”. Store owners apparently assume that looters are also racists, willing to inflict damage on white owners just because of the color of their skin. Looting is wrong. Racism is wrong. pic.twitter.com/zyLa6rbRak

Uhlig later added that he supported the Black Lives Matter protests, but wanted them to be organized and orderly:

Interesting and fair question by @Brianlevy387 . I applaud the peaceful #GeorgeFloydProtests . Now, that we have seen, how looters take advantage of them, peaceful protesters can help avoid that. Arrange location and time of protests beforehand with the authorities. https://t.co/wAZZrg2MtE

The Black Lives Matter protests have given fuel to “cancel” culture, with dissidents being forced to retract or apologize for their views, and often losing their jobs — and their personal security — as a result of public pressure campaigns.