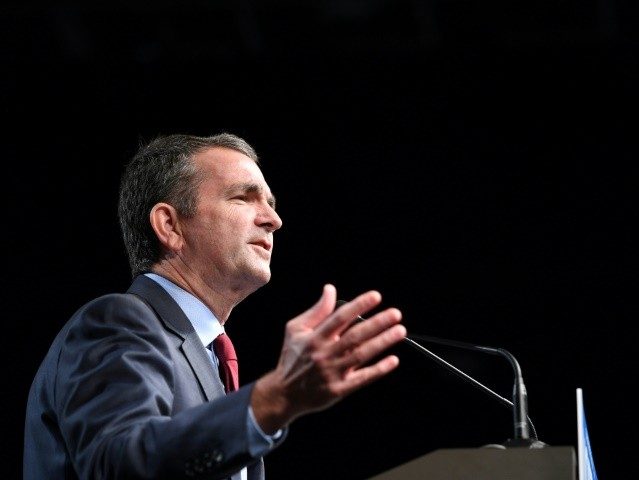 In the space of one week Virginia’s Democrat Governor Ralph Northam may have managed to accomplish what years of Republican efforts have failed to do: put Virginia back in play for the 2020 presidential election.

A bastion of conservative Republican strength from the 1970s until 2000, demographic changes and the huge growth in the Northern Virginia suburbs, home to a growing number of Democrat leaning federal employees, have changed the state so that Republicans have fared poorly in statewide elections over the past decade.

The last Republican was elected governor in 2009, when Bob McDonnell, later convicted on bribery charges which were subsequently thrown out, won. Democrat Terry McAuliffe won in 2013, and Northam won in 2017.

The last Republican was elected to the United States Senate in 2002, when Sen. John Warner (R-VA) was re-elected to his final term in office.

The state was trending further left in 2018 and 2019, but Northam’s conduct during the last week has changed all of that.

“It’s too early to tell,” if the Northam scandals will put Virginia more fully in play for the 2020 presidential election, “but it certainly hurts the Democrats,” former Virginia Attorney General and the 2013 Republican gubernatorial nominee Ken Cuccinelli told Breitbart News in an exclusive interview on Sunday.

“The combination of Gov. Northam’s infanticide comment this week with the explosion over the racist photo from his med school yearbook has both energized conservatives and turned Democrats on their own,” Cuccinelli added.

“We will learn more about the impact on 2020 in the 2019 legislative races in which the entire General Assembly is up for election,” Cuccinelli concluded.

“Gov. Northam’s missteps are a win-win for Republicans both in the Commonwealth and nationally,” Mike Rubino, who ran the Trump campaign effort in both the 2016 primary and 2016 general election, told Breitbart News Sunday.

“In Virginia, if Gov. Northam decides to stay he won’t be able to govern effectively. If he resigns, the people of Virginia will get a Governor in current Lt. Gov. Justin Fairfax who is so wildly out of step with the values and sentiments of the common Virginian that catastrophe will surely ensue. This is the gift that keeps on giving, the first big step to Virginia coming back into play for Republicans,” Rubino added.

“It completely upsets the apple cart for Democrats in Virginia, who used race to drive out voters against Gillespie for governor in 2017 and me for the U.S. Senate in 2018,” Prince William County Supervisor Corey Stewart, the 2018 Republican nominee for U.S. Senate, told Breitbart News Sunday.

“As it turns out, it was the Democrats who were the racists all along, and now everybody knows it,” Stewart added.

“Democrats were planning on winning seats to take the majority back in the State Senate and House of Delegates in November 2019, and then to redistrict the entire state in 2020. Now all those plans are in the garbage can,” Stewart concluded.

“Our plan remains to go after every single vote. 2020 will be a clear choice for Americans: continue the pro-growth policies of President Trump that have delivered record low unemployment numbers or go with the dishonest and disastrous policies pushed by radical Democrats,” Republican National Committee spokesman Steve Guest told Breitbart News on Sunday.

Northam’s very bad week began on Wednesday, when he publicly supported a bill in the Virginia General Assembly that was characterized by critics as legalizing infanticide.

His famously callous comment about the bill was that after the baby’s birth, the baby would be “kept comfortable” while “a discussion would ensue ” between the mother and the delivering physician.

Discussing the controversy over Democratic delegate Kathy Tran acknowledging her bill would allow abortion when a woman was going into labor, Northam said, “If a mother is in labor, I can tell you exactly what would happen. The infant would be delivered. The infant would be kept comfortable. The infant would be resuscitated if that’s what the mother and the family desired, and then a discussion would ensue between the physicians and the mother.”

But it was the events of Friday and Saturday that brought the state’s steady movement from purple to blue into question.

Friday afternoon, Big League Politics broke the story that included  Northam’s personal page from his 1984 Eastern Virginia Medical School yearbook. Four photographs, purportedly provided by Northam, were on the page. Three featured images of Northam, and the fourth showed two people, one a man in black face, the other a person in a KKK robe and pointed hood.

Late Friday, Northam released a statement acknowledging that he was one of the individuals in the controversial black face-KKK photo.

“I am deeply sorry for the decision I made to appear as I did in this photo and for the hurt that decision caused then and now,” Northam said in Friday’s statement.

But less than 24 hours later in a Saturday afternoon press conference, Northam pulled a stunning about face, acknowledging that the black face-KKK photo was on his personal page in the 1984 yearbook, but denying that he was one of the two people in the photo.

Even more bizarrely, Northam admitted at the press conference that later that same year–1984–he appeared at a dance contest in San Antonio, Texas in “black face” as Michael Jackson. He said he created the black face by putting black shoe polish on his face, and won the dance contest for his moonwalk.

Calls for Northam’s resignation–from Democrats and Republicans alike–began on Friday as soon as the story broke.

The NAACP, the Virginia Democratic Black Caucus led the calls, which intensified after Northam’s Saturday press conference, when both the NAACP and Virginia Democratic Black Caucus repeated their calls, and were joined by Virginia’s Senators Tim Kaine and Mark Warner. Despite the growing intensity of calls for his resignation, Northam appears as of Sunday afternoon intent to hang on to his job as governor, hoping that he will receive an assist from the media, as Breitbart reported.

Appearing on CNN’s AC 360 late Friday, Cuccinelli pointed out, “it is not easy to remove someone from office anymore at the state level than at the federal level.”

“You’d have to have the Speaker and the President Pro Temp of the Senate both address his inability to perform his job and, and I don’t think he’s at that point. The real question is, can he do anything in the role of governor any longer? I mean, this is, this is extraordinary and mind you, this comes during the same week in which he went on Washington radio and more or less said that he was okay with letting a child born alive die on the table,” Cuccinelli added.

As long as Northam remains governor, Democrats in Virginia will be subject to charges of ineffectiveness, hypocrisy, baby-killing, and racism. Northam himself has become the target of withering ridicule, as evidence by this biting tweet from the Free Beacon’s Charles Lehman, one of many memes that exploded across social media over the weekend:

Ralph Northam will now be kept comfortable while a discussion ensues.

Should Northam resign, the far left policies of Virginia’s Democrat Lt. Gov. Justin Fairfax will be given a statewide and national spotlight as he assumes the governorship.

A graduate of Duke University and Columbia Law School, the 39-year-old Fairfax worked on the 2000 presidential campaign of Al Gore and on the Washington staff of former Sen. John Edwards (D-NC).

Mr. Fairfax made his first bid for public office in 2013, running a close second in the Democratic primary for attorney general. He is in the liberal mainstream of the party on most policy issues, from gun control and abortion rights to addressing climate change and raising the minimum wage.

Republicans have been less entranced by Mr. Fairfax over the years — he has been criticized especially for supporting a “Medicare for all” health care system — but few of them seemed eager to speak ill of him on Saturday.

During the 2017 race for lieutenant governor, Mr. Fairfax’s Republican opponent, Jill Holtzman Vogel, said during a debate that he was not informed enough “to talk intelligently” about campaign issues. The National Rifle Association has given him an F rating.

The political bottom line is this: each day the Northam scandal continues to evolve, Republican prospects in Virginia continue to improve.