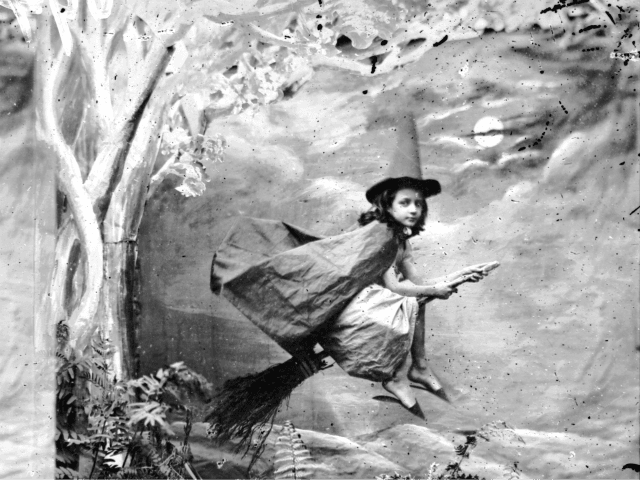 The number of self-declared witches in the United States now exceeds the total number of Presbyterians, the Telegraph declared Friday.

Witchcraft is proliferating in the U.S., with some 1.5 million Americans now identifying as witches, while mainstream Christian denominations shrink in numbers each year, the report claimed.

In a major 2015 study, the Pew Research Center found that the United States had experienced an alarming dip in religiosity over the prior seven years, with Christianity suffering the biggest losses, especially mainline Christianity, which fell by 3.4 percent.

Though the United States is still a statistically “Christian nation,” with some 70 percent of Americans identifying themselves as Christian, it is markedly less so than even a generation ago.

The only religions to grow in the period were Islam, which was up a half percent, Hinduism, up 0.3 percent, and the category of “other religions,” comprising everything from Baha’i to Wicca to Satanism.

Over the course of three detailed religion surveys, Trinity College in Connecticut found that Wicca has grown tremendously, from an estimated 8,000 Wiccans in 1990 to some 340,000 practitioners in 2008.

In 2007, Americans were 78.4 percent Christian whereas in 2014 — just seven years later — the figure had dropped to 70.6 percent. Some of the smaller constituencies, such as Mormons and Jehovah’s Witnesses, remained virtually unchanged, while the larger denominations — such as Presbyterianism — saw significant decreases.

In a 2017 study, Pew found that religious affiliation and practice had dropped off dramatically during President Barack Obama’s two terms in the White House.

“When it comes to the nation’s religious identity, the biggest trend during Obama’s presidency is the rise of those who claim no religion at all,” Pew noted in a report  titled “How America Changed During Barack Obama’s Presidency.”

“As Christianity declines across the country, paganism has swung to the mainstream, with witchcraft paraphernalia for sale on every high street and practises normalised across popular culture,” Friday’s Telegraph article declared.

As Breitbart News reported, dozens of witches met in Brooklyn in October to place a curse on Judge Brett Kavanaugh “and upon all rapists and the patriarchy which emboldens, rewards and protects them.”

“We will be embracing witchcraft’s true roots as the magik of the poor, the downtrodden and disenfranchised,” a website advertising the October 20 event stated, “as often the only weapon, the only means of exacting justice available to those of us who have been wronged by men just like him.”

A quarter of the proceeds from the event were donated to abortion giant Planned Parenthood, organizers stated.

The FBI conducted an investigation into the allegations against Kavanaugh, but its report revealed “no hint” of sexual misconduct, and he was sworn in as a justice of the Supreme Court.