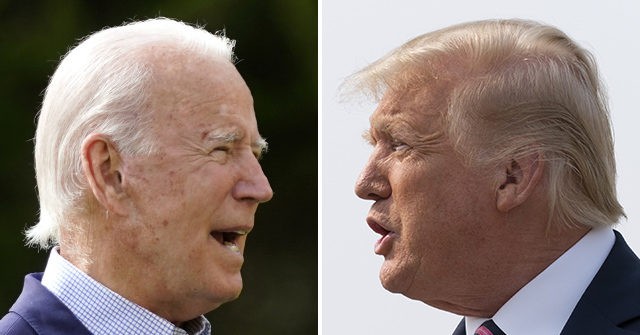 The survey shows Biden leading the president by 1.3 percent, garnering 47.6 percent to the president’s 46.3 percent. The Democrat candidate’s lead is well within the survey’s +/- 2.94 percent margin of error, pointing to a virtual tie in the Badger State.

Monday’s RealClearPolitics average had Biden leading in Wisconsin by six percent. However, the final average in 2016 had Hillary Clinton winning the state by 6.5 percent. To the shock of many, Trump secured the state by less than a single percentage point.

RealClearPolitics co-founder and president Tom Bevan has described Trafalgar Group as “one of the most accurate polling operations in America” given its performance in the last two election cycles.

“Robert Cahaly, senior strategist for the Trafalgar Group, made a name for himself in 2016 by being the only pollster to correctly show Donald Trump with a lead in Michigan and Pennsylvania — two key states he carried — heading into Election Day,” Bevan wrote in a post following the 2018 midterm elections, noting that Cahaly did not poll Wisconsin in 2016.

“Cahaly also showed Trump ahead in North Carolina and Florida, both of which he won, securing his improbable 304-227 Electoral College victory over Hillary Clinton,” he added.