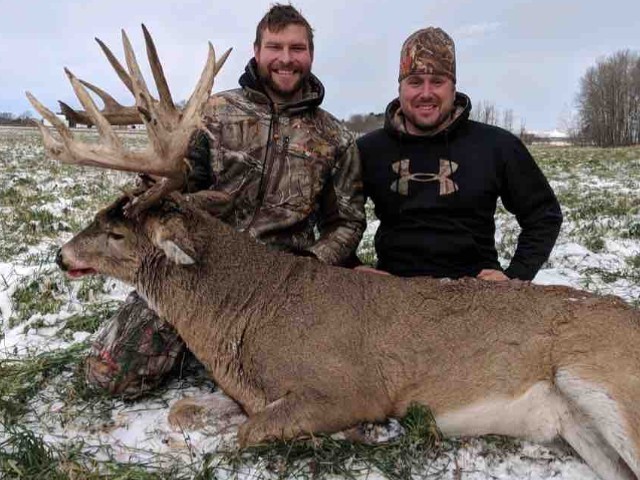 A Wisconsin hunter shot a 19-point buck Saturday after tracking the animal for years.

The hunter,  Joshua Gawrysiak, told Fox News “he hunted the buck for…years before finally shooting it with a Matthews Compound Bow in Chippewa Falls.”

The Leader Telegram reports that Gawrysiak began tracking the deer in 2015. He had shots at the deer in previous hunting seasons but missed. And this year, the temperature was so cold that Gawrysiak “dropped his arrow” while trying to load his bow for the shot, but he was able to recover and get the animal.

He said the buck ran about 75 yards after being hit, then collapsed.

Gawrysiak has now launched a GoFundMe page to raise money for a full body mount of the deer, and he plans to display the mount publicly so everyone in the area can see the buck.

WEAU reports that Gawrysiak wants to display the buck in the Scheels sporting goods store. He said he wants the public to be able to get close to it “so the hundreds of people who have seen this deer, have pictures of this deer and have hunted this deer will be able to come and view him.”