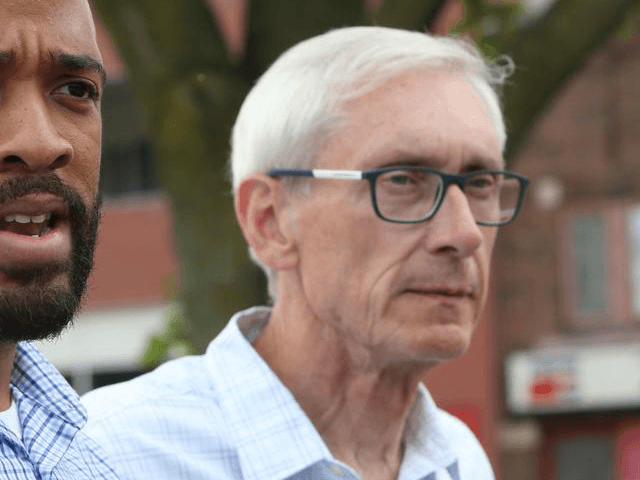 Walker and the Wisconsin Republican Party released documents on Sunday accusing Tony Evers, the state’s superintendent, of submitting multiple budget requests with phrases taken word-for-word from other sources without giving them credit since 2012.

One passage in a 2014 budget request showed language lifted almost verbatim from a National Collaborative on Workforce and Disability brief. The only passage that differed in the budget request was the phrase “one study found.”

A second passage located in a 2012 budget took several paragraphs verbatim from a fact sheet published by the group Alliance for Excellent Education.

The only notable change in the passage was that any mentions of “students” were changed to “pupils.”

Walker slammed Evers for his “hypocrisy” on Twitter Sunday, highlighting the anti-plagiarism policies of Evers’ agency and the University of Wisconsin Board of Regents before criticizing him for not being aware of the alleged plagiarism:

Tony Evers serves on the UW Board of Regents. At UW-Madison, the writing center website says: “The University of Wisconsin–Madison takes this act of ‘intellectual burglary’ very seriously and considers it to be a breach of academic integrity. Penalties are severe.”

The first accusations of plagiarism leveled against Evers surfaced on Friday, after Politico released a report highlighting four passages in the state’s September education budget which did not have the proper attribution.

But a spokesperson for Evers’ agency, the Department of Public Instruction, simply said the alleged plagiarism was “an oversight by staff when drafting the paper.”

Evers then complained about Walker “lecturing” him about plagiarism in a Friday debate, before accusing the Wisconsin Republican of signing legislation modeled after conservative policies implemented nationwide without making many changes.

“If this is the best Scott Walker has, he doesn’t have very much,” Evers said. “We dropped a few citations from the back pages of a budget … The last thing I need in my life is to have Scott Walker lecturing me about the issue of plagiarism, frankly.”

Walker replied that he did not know of one student who could get away with the kind of plagiarism in Evers’ budget.

The most recent RealClearPolitics (RCP) average of polls puts Evers ahead of Walker by 3.6 percentage points.