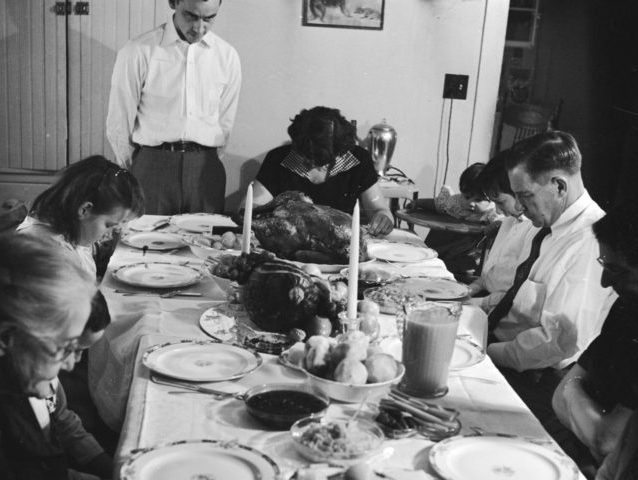 The cost of Thanksgiving this year is the lowest it has been in a decade.

The American Farm Bureau Federation’s annual survey indicates the average cost of this year’s feast for 10 is $48.90, or less than $5.00 per person. That is a 22-cent decrease from last year’s average of $49.12.

“Since 2015, the average cost of Thanksgiving dinner has declined steadily and is now at the lowest level since 2010,” said AFBF Chief Economist Dr. John Newton.

From the Farm Bureau:

The featured food on most Thanksgiving tables – the turkey – cost slightly less than last year, coming in at $21.71 for a 16-pound bird. That’s roughly $1.36 per pound, down 3 percent from last year. The survey results show that retail turkey prices are the lowest since 2014.

“Thanks to an ample supply, turkey remains affordable for consumers, which helps keep the overall cost of the dinner reasonably priced as well,” Newton said.

The shopping list for Farm Bureau’s informal survey includes turkey, stuffing, sweet potatoes, rolls with butter, peas, cranberries, a veggie tray, pumpkin pie with whipped cream, and coffee and milk, all in quantities sufficient to serve a family of 10 with plenty for leftovers.

Several items saw modest price increases this year including cranberries, pumpkin pie mix and stuffing. A 12-ounce bag of fresh cranberries was $2.65; a 30-ounce can of pumpkin pie mix was $3.33; a 14-ounce package of cubed bread stuffing was $2.87; two nine-inch pie shells came in at $2.47 and a 1-pound veggie tray was $.75. A group of miscellaneous items including coffee and ingredients necessary to prepare the meal (butter, evaporated milk, onions, eggs, sugar and flour) was also up slightly, to $3.01.

There was no change in price for a half-pint of whipping cream at $2.08.

Those figures are in nominal prices. Adjusted for inflation, the price of a Thanksgiving dinner is the lowest it has been in a decade, according to the Farm Bureau.

Average weekly earnings are up 3.4 percent compared with a year ago, making the cheaper Thanksgiving even more affordable.