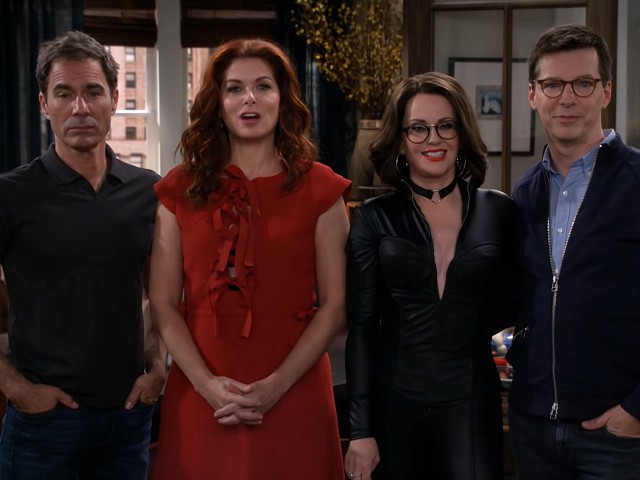 The cast of the re-booted late 1990s sitcom Will & Grace recently took time out on the set to cut a non-partisan get out the vote ad to remind their audience to be sure and vote this year.

The ad features Will & Grace main players, Debra Messing, Sean Hayes, Megan Mullally, and Eric McCormack, joking about what they plan to do after voting.

The important message, with the crew asking if fans are registered and if they “have a plan” to get out and vote, is coupled with a somewhat flat-falling joke in which each cast member thought they had set up a “special” post voting appointment with star Sean Hayes as a reward for voting.

“You guys, don’t fight, okay? I like to make sure you voted,” Hayes notes after the other three start bickering about who gets to have a day out with him after voting.

Mulally ended the spot saying, “democracy works best when we all participate,” and Messing chimed in to tell voters to visit Iamavoter.com to get registered and find out where they can vote if they have not yet done so.

Iamavoter.com claims to be a non-partisan voter outreach effort, but a glimpse at its website reveals a typical appeal to left-wing victimology with a message saying that half the nation is made up of women, but only 20 percent of Congresspeople are female. The site goes on to make a special appeal to Millennials.