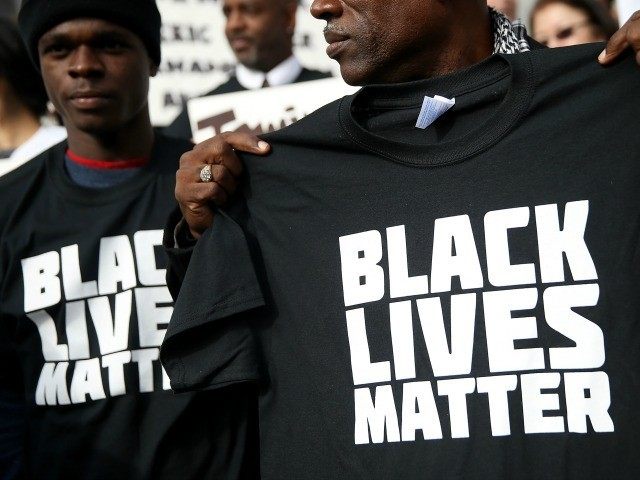 The Wikimedia Foundation, which owns Wikipedia, last Wednesday joined the chorus of companies and organizations supporting the Black Lives Matter movement following the police-involved death of George Floyd. In its announcement, the Foundation stated there was “no neutral stance” on racial justice. They further committed to making Wikipedia and other Foundation-owned sites more “inclusive” through measures such as a  “universal code of conduct” the Foundation Board recently demanded.

While the announcement identifies cases of alleged police misconduct, it does not mention violence accompanying the protests over Floyd’s death that the Foundation is now backing. Such support and dismissal of “neutrality” from the owners of Wikipedia comes shortly after site co-founder Larry Sanger declared its neutrality “dead” due to left-wing bias and as such bias has been evidenced on articles about the Floyd protests themselves.

Executive Director Katherine Maher and COO Janeen Uzzell authored the Foundation announcement released on June 3. It starts by discussing Floyd’s death and listing other recent deaths used as rallying cries by the Black Lives Matter movement, stating these cases “joined a staggering register of victims of violent anti-Black racism in America.” Remarking sympathetically on the sentiments of black people involved with the Foundation and its sites, the announcement continues by stating “the Wikimedia Foundation stands in support of racial justice and with the movement for Black Lives” and condemns the police response to the protests.

At this point the Foundation declares in bold-face that “On these issues, there is no neutral stance” adding “To stay silent is to endorse the violence of history and power; yesterday, today, and tomorrow. It is well past time for racial justice in America and beyond.” Particularly significant in the Foundation’s declaration about there being “no neutral stance” on racial justice is that Wikipedia, the premier project of the Foundation, has long had a “neutrality” policy in place to guarantee site content reflects a comprehensive and balanced view of every subject. Co-founder Larry Sanger recently declared that neutrality policy “dead” because of Wikipedia’s left-wing bias.

Proving the Foundation’s sincerity in opposing a neutral stance, its announcement does not mention the violence accompanying the protests, including attacks on police and murders such as that of retired African-American police captain David Dorn. Wikipedia’s own articles on the Floyd protests similarly reflect the Foundation’s abandonment of neutrality by being unduly skewed towards smearing President Donald Trump while downplaying protestor violence and the violent Antifa group’s involvement. An activist “Black Lives Matter” group Wikipedia editors set up included one administrator, Guy Chapman, who stated in joining: “You can be one of three things: ally, enemy, or collaborator.”

Despite seeming to explicitly disown Wikipedia’s once closely-held values on neutrality, the Foundation announcement insists its stance is informed by the vision of “a world in which every single human can share in the sum of all knowledge” and cites a 2017 commitment to “Knowledge Equity” that involves “supporting knowledge and communities that have been left out by structures of power and privilege” as further motivation for its stance. The Foundation claims its vision and accompanying values mean that Wikipedia’s efforts “cannot be separated from the work of equality and freedom.”

Following this explanation of its support for Black Lives Matter, the Wikimedia Foundation called on governments to de-escalate tensions with protests, affirm and protect rights, reform the justice system, and invest in eliminating and educating on racial disparities. The Foundation follows this up with commitments on “integrating equity goals” into annual planning, working to improve racial diversity in site communities, increasing advocacy, and commitments to “equity” changes in its governance, funding, and workplace practice.

Of the Foundation’s commitments it cited as aiding “racial justice” on its sites, the most significant is its commitment to change its policies to purportedly safeguard “the ability of minority and marginalized voices to participate safely in Wikimedia spaces” by introducing a “universal code of conduct that reduces toxicity and promotes inclusivity and respectful discourse.” Last month, the Foundation’s Board of Trustees passed a resolution calling on Foundation staff to develop a “universal code of conduct” for all Foundation-owned sites claiming it was necessary for creating a “safe space” on Wikipedia and other Foundation sites that is “inclusive” and diverse.

Such a code of conduct already received significant opposition on Wikipedia last year, when it came up amidst an editor revolt against the Foundation. The Foundation had just banned a veteran volunteer administrator in an unprecedented intervention into Wikipedia’s traditionally self-governing community. “Inclusivity” and “toxicity” concerns were similarly used then to justify the ban. Eventually the Foundation backed down, the ban was overturned, and such Foundation interventions rejected by a community consultation with the Foundation’s agreement. However, the recent code of conduct plans, and indications Foundation staff may help enforce it, prompted some editors to suggest the Foundation had betrayed its promises from last year following the revolt.

Another commitment in the Foundation’s announcement was to integrate “anti-racist and pro-inclusion commitments” into research and development of technologies, including machine-learning algorithms the Foundation has advocated using to deal with the “toxicity” supposedly impeding diversity initiatives. For this purpose, the Foundation previously developed a “toxicity detection tool” with Google’s Jigsaw division, which also came under scrutiny during last year’s editor revolt. Members of Wikipedia criticism site Wikipediocracy found the algorithm automatically treated comments towards women as more hostile than comments towards men and failed to detect anti-Semitic comments as toxic. Foundation staff subsequently shut the tool down.

The activist mindset dominating the Foundation is not new. In 2017, the Wikimedia Foundation supported a court challenge to the Trump Administration’s travel ban. Executive Director Maher herself previously worked for the National Democratic Institute, a Democratic party-connected organization known for its involvement in supporting overseas activism. Such moves to increase diversity and cater to the social justice left are not just motivated by the politics of Foundation leadership, but persistent left-wing media pressure over Wikipedia’s supposed lack of diversity, particularly its claimed “gender gap” in contributors. Efforts to assuage such critics will likely only deepen Wikipedia’s left-wing bias.