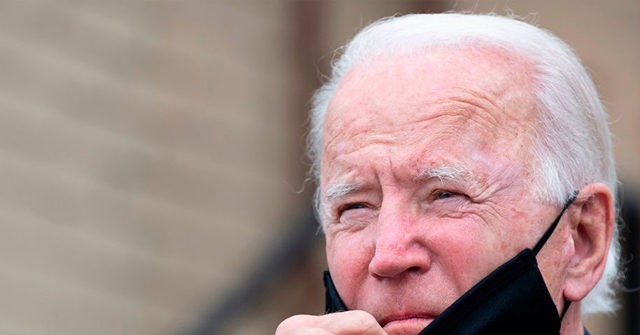 Despite efforts on Wikipedia to censor any mention of the New York Post’s bombshell revelations about Joe and Hunter Biden’s alleged involvement in potentially corrupt foreign business dealings, claiming the Post is an “unreliable” source, editors have since reluctantly allowed mentioning the story provided the Post is not cited. However, coverage has been largely confined to an article labeling the allegations a “conspiracy theory,” and editors have sought to portray the story as discredited or even as “Russian disinformation” in the article and in a “FAQ” on its discussion page.

Editors have rejected mentioning Fox News reports confirming some of the Post’s reporting due to the outlet being discouraged as a source for politically contentious content since a Wikipedia discussion in July. The claims have so far been kept out of the page for Hunter Biden entirely, where corruption allegations are characterized as “debunked” conspiracy theories.

After the Post published e-mails obtained from a laptop purportedly owned by Biden suggesting he introduced an adviser for the allegedly corrupt Burisma energy firm to his father, Vice President Biden, social media sites Facebook and Twitter began censoring or suppressing posts about the story with Twitter locking accounts and blocking links to the Post’s article. On Wikipedia, editors added the allegations to the article on “Conspiracy theories related to the Trump–Ukraine scandal” citing the Post, Fox News, and the Daily Mail, yet their edits were repeatedly removed mainly citing a discussion last month declaring the Post an “unreliable” source. Citing Daily Mail has similarly been prohibited on Wikipedia and the same is true for numerous other conservative media outlets, including Breitbart News.

While editors eventually got mention of the story included in the article, this was only due to coverage in sources deemed “reliable” on Wikipedia as the Post was not allowed to be cited. The article on “conspiracy theories related to the Trump–Ukraine scandal” was originally created during the impeachment effort against President Donald Trump and included details about Ukrainian interference in the 2016 election. Due to renewed attention regarding the Burisma controversy, editor “Elijahandskip” split material about the controversy into a “Biden-Ukraine conspiracy theory” article following a brief discussion. Editor “Soibangla” objected to the change and fought to keep the material at the “conspiracy theories” page.

In responding to the proposal, Soibangla and others complained the discussion was up roughly a day before the split occurred. Several left messages at Elijahandskip’s page questioning his decision to split off the material following such a brief period of time stating it went against standards for “consensus” on Wikipedia. Paul Lee, who edits as “Valjean” on Wikipedia, went further arguing Elijahandskip should have been temporarily banned for his edits. Though any editor can implement a change boldly under Wikipedia standards, many editors insist on prolonged discussion of any potentially contentious action, which often favors left-wing editors on political topics who typically outnumber their opponents on Wikipedia articles.

On the “Biden-Ukraine conspiracy theory” article, Elijahandskip and editor “Aviartm” expanded the article for hours largely uninhibited with details treating the Post story credibly. However, Soibangla made repeated edits challenging the credibility of the Post’s reporting, favorably spinning social media censorship, and repeatedly inserted into the intro of the page that the allegations were false. Soibangla declared on the article’s discussion page that the story had “all the classic telltales of October Surprise dirty trick disinformation, likely of Russian origin” and then reported the page to a noticeboard for administrators, Wikipedia editors with special privileges, requesting “swift and decisive action be taken to stop” their editing.

Michel Aaij, an administrator who edits as “Drmies” on Wikipedia, promptly noted in the discussion that Aviartm created an additional article solely dedicated to the Post story then removed it stating the article violated policies on claims about living people. He suggested even calling the story a “scandal” violated those policies adding: “there is no political scandal–there’s a journalistic scandal, maybe.” Aaij subsequently warned Aviartm not to undo his removal of the page and threatened sanctions if it was undone. One administrator suggested it should have been deleted as a “blatant hoax” instead. When asked how the page violated the policy on claims about living people, Aaij argued merely covering the story was a violation.

The noticeboard report caused a flood of attention to the new conspiracy theory article. One discussion initiated on renaming the article to “Biden-Ukraine allegations” given the Post’s reporting, was swarmed by left-wing editors rejecting the change and blocking the rename. Lee, the primary author of Wikipedia’s Steele dossier article who has pushed the document’s credibility long after its debunking, argued the story was Russian disinformation and suggested Trump’s involvement. Several administrators also opposed the rename, such as “Muboshgu” who similarly characterized it as Russian disinformation and said it was “complete garbage, a hit piece” finishing by claiming not referring to it as a conspiracy theory “compromises the neutrality of the project.”

Editors also went into a flurry of editing to add content trying to discredit the Post’s story, including adding extensive details seeking to link it to “Russian disinformation” due to Trump’s lawyer and former New York City mayor Rudy Giuliani having been the one who gave the laptop to the New York Post. Giuliani has been the subject of innuendo over his efforts to find information on the Ukraine-related activities of the Bidens as some people he worked with have ties to Russia, though no evidence has tied those individuals to the Post story.

Characterization of the allegations against the Bidens as “false” became a particularly contentious point in the article. Editors added and repeatedly fought over inclusion of the description in an “edit war” lasting nearly a day. Eventually, administrator Muboshgu removed the “false” label and locked the “Biden-Ukraine conspiracy theory” article to new and unregistered users, despite previously being involved in the dispute over the article and its characterization of the allegations. Wikipedia guidelines demand administrators avoid using their privileges on disputes where they are involved. This did not stop the feuding as editors again fought over it before the matter was taken to the discussion page where left-wing editors swarmed the discussion supporting the label.

Subsequently, administrator Doug Weller put an even stricter lock on the page so that only editors with 500 edits and 30 days of experience could edit. This “extended confirmed protection” originated with efforts to block editors sympathetic to the GamerGate anti-corruption movement in gaming who sought to challenge the heavily-biased article on the movement and later went into wide use after pro-Palestinian editors had it imposed on all articles relating to the Arab-Israeli conflict to limit the involvement of pro-Israeli editors. In imposing this higher level of protection, Weller seemed to support the characterization of the Post story as disinformation.

Wikipedia editors pushing the Russian disinformation claim were undermined by Fox News confirming the authenticity of one e-mail about Hunter Biden’s dealings with Chinese businesses, but discussion of the story noted Fox’s recent downgrading on Wikipedia in July where it was discouraged for politically contentious material. Director of National Intelligence Ratcliffe was also dismissed as an “unreliable” source after he confirmed the laptop was not part of a Russian disinformation campaign. At the same time these confirmations were dismissed, editors added claims of other outlets being supposedly unable to confirm the Post’s story and noted former intelligence officials, such as Obama Administration officials John Brennan and James Clapper, suggesting without evidence that the story was part of a Russian influence campaign.

Discussion about the topic often became mocking towards Trump and his supporters as in one case where administrator Guy Chapman responded to posts of partisan articles and opinion pieces accusing Giuliani of working with Russia by stating: “I don’t know who’s more embarrassed by Rudy, the GOP or the GRU.” Chapman, who has been involved in previous smear campaigns against President Trump and suggested those who support him should be banned from Wikipedia for incompetence, shortly after added a “Frequently Asked Questions” section at the top of the discussion page.

The FAQ authored by Chapman reads in a partisan and combative manner, unlike FAQs typical on Wikipedia discussion pages. In addition to smearing Giuliani as “being used as a conduit for disinformation by Russian intelligence” misrepresenting anonymously-sourced news articles, the FAQ falsely claims the Ukrainian Prosecutor-General Viktor Shokin fired under pressure from then-Vice President Biden was not investigating Burisma, despite his office having seized the property of its oligarch owner shortly before his removal from office. Chapman’s FAQ also claimed his firing made it more likely Burisma would be investigated, when the investigation was reportedly closed less than a year later. Another editor subsequently fixed some issues.

Fights have also erupted on the article about Hunter Biden himself as editors have objected to the intro of his page describing the allegations against him as “debunked right-wing conspiracy theories” and fought with other editors for less dismissive language. Efforts to add the Post story have also been undone as editors insist the controversy is not credible enough, though some sought to have it included and described as Russian disinformation. The fight over Biden’s page consequently got it locked so only administrators can make changes. One of the only Wikipedia articles other than the “conspiracy theory” article to mention the Post story is the New York Post article itself, where a paragraph was added attacking the Post’s reporting along the same lines as at the “conspiracy theory” page.

Wikipedia editors previously slanted articles relating to Trump and Ukraine during the impeachment effort by House Democrats, which eventually saw Wikipedia work in tandem with another Big Tech censorship campaign to suppress the alleged name of the whistleblower who sparked the impeachment. Many of the editors involved in these efforts have been involved in others pushing a pro-Antifa or Black Lives Matter agenda. This history has aroused complaints about a left-wing bias on Wikipedia, which has been criticized by the site’s own co-founder.

(Disclosure: The author has previously been involved in disputes on Wikipedia with some parties referenced in this article)