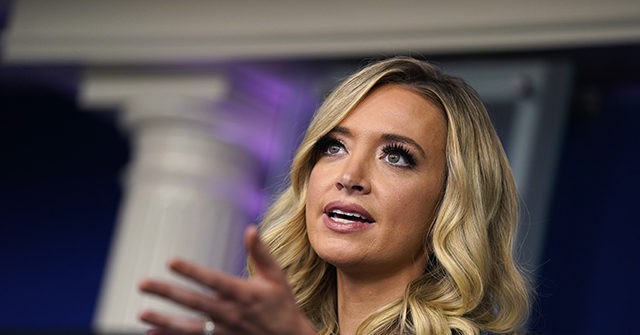 White House press secretary Kayleigh McEnany on Wednesday sounded off on her Twitter suspension in response to sharing copies of emails allegedly from a Burisma executive to former Vice President Joe Biden’s son Hunter Biden. The emails were initially published by the New York Post in a story alleging the younger Biden used his father’s position to obtain a “lucrative” relationship with Burisma.

“This is a New York Post story, the oldest newspaper in the country, the fourth-largest newspaper in the country. Fox News has had sourcing that has verified this. These are major news outlets, and they censor it, and they hide it from the more than people because they don’t think the American people can recognize truth,” McEnany asserted. “They don’t think the American people can think for themselves, so they must censor one side of the aisle.”

McEnany was then asked about former Twitter executive Peter Greenberger suggesting in a recent interview that social media platforms should “mute” President Donald Trump until after the election.