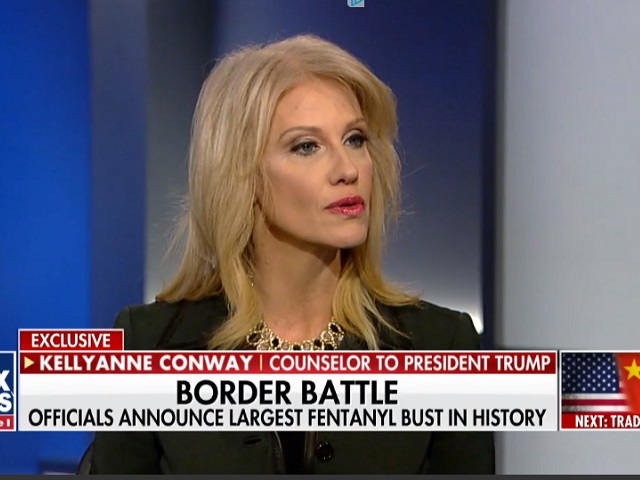 Pelosi accused Trump of not having “the attention span or the desire to hear what the intelligence community has been telling him.”

Conway reacted by saying if Pelosi were president, she could conduct her intelligence briefings as she saw fit. She went on to offer Pelosi advice on how to deal with Trump for the good of the country.

“She needs to get, I think, control of her words and occasionally her temper about this president, and show Americans a Speaker who is willing to come halfway with the president, who has invited her to the White House a number of times, and who has said and I suspect will say in the State of the Union next Tuesday there are many areas that unify this nation, where we  can feel uplifted as Americans to come together and solve problems,” Conway said.