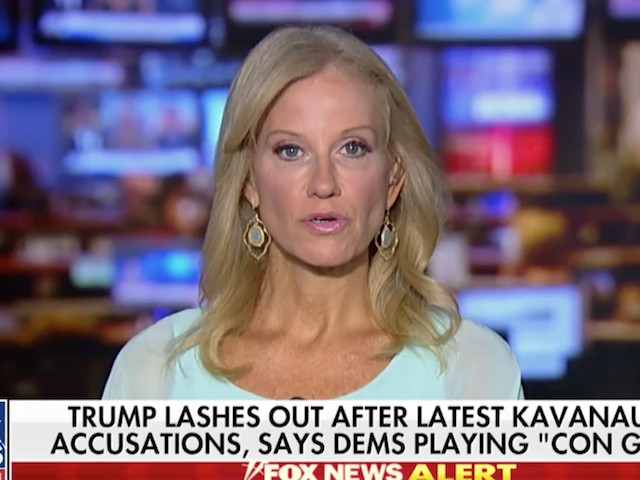 Conway said, “If we are talking about the process, why did the Democrats sit on this letter all this time and wait until the twelfth hour to reveal it? After 30 hours of sworn testimony where they failed to lay a glove on Brett Kavanaugh because he has academic credentials and impeccable integrity and character and qualifications beyond reproach. Many of them are raising money for their 2020 presidential elections instead of asking the judge about legal precedent because they already made up their minds that they are not going to support him.”

She added, “The president’s point is as I said yesterday, this is becoming a vast leftwing conspiracy. You’ve got a lot of Democrats, consultants and Hollywood folks and others, in cahoots, coddling each other, definitely coaching each other. There is no question.”