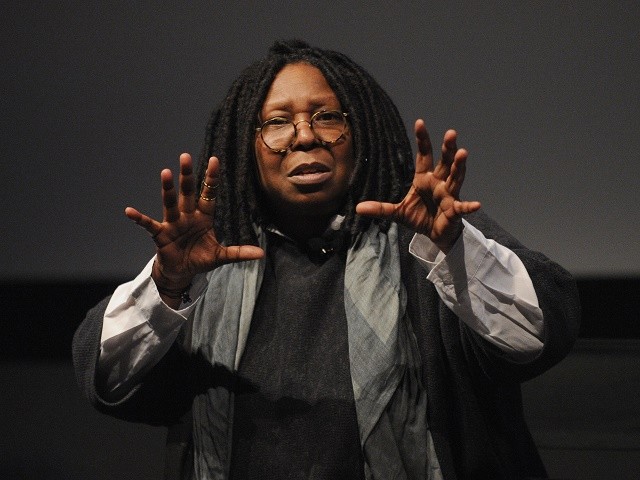 Whoopi Goldberg reportedly told a crowd in England over the weekend that women who use sex to get ahead in their careers in Hollywood should “cop to it.”

Radar Online reports that at an appearance in Leeds, England, Goldberg said, “if some guy said to me we’re gonna have a meeting up in my hotel room… you don’t f***ing go – you don’t go,” adding, “And if you do, cop to it. Say, ‘That’s right I went up there and had sex with that ugly-ass man so I could get an Oscar and a Tony.’”

The View co-host also reportedly said that she wasn’t talking about herself, but that there was a need to “teach young women.”

The 63-year-old actress recently commented on the allegations against Brett Kavanaugh, saying, “Everyone says ‘Yes it’s a hard time for men,’ but not for your daughters?”

“That means if your daughters get assaulted you’re saying you’re my kid ‘But I don’t take your word for it,’” she said.

These comments come as the #MeToo movement turns one year old. Many men in Hollywood faced allegations of sexual misconduct last fall, most notably producer Harvey Weinstein, who was arrested in May 2018 on rape charges.

Weinstein denies all allegations, and last week, one charge against him was dismissed.

Many in the establishment news media faced sexual harassment allegations as well. Mark Halperin left NBC News after multiple women accused him of sexual harassment in the workplace over a decade ago when he was at ABC News.