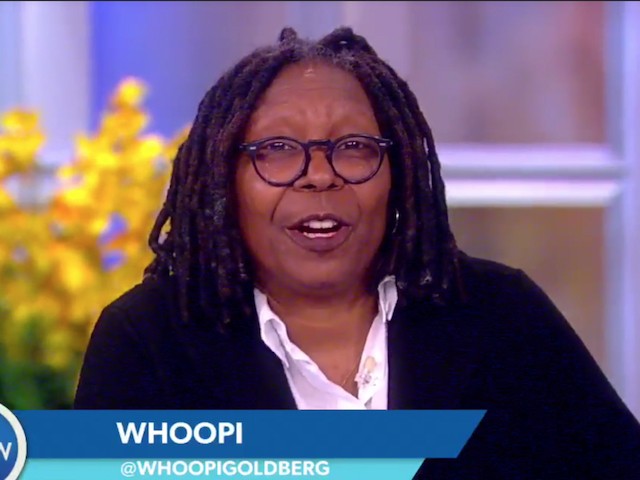 Tuesday on ABC’s “The View,” co-host Whoopi Goldberg said she does not “recognize” Donald Trump as president because he is taking a “giant dump” on the country.

Abby Huntsman said, “I think there is so much going on in this country that is good that doesn’t always get the attention that it deserves and there are people around the country that feel like their lives are better. That they have more in their paycheck and that’s why he does these rallies. Because he is telling himself this is the only time they are going to hear from me what we are working so hard to do.”

Sunny Hostin said, “He is a misogynist. I have a little more money in my paycheck too, but I’m raising a little girl. I’m raising a girl that has to deal with something like that? The president of the United States, he is supposed to be a role model yet he is talking about women in this way. I don’t care. I would rather have less money and have someone with a stitch of morality in the White House.”

Goldberg said, “We know everybody will have more money in their paycheck when they realize they can’t write anything off. I’m just saying, you know, everybody says there is going to be more, but in the long run, take a look at where you’re going to be in two years. That’s the question, you know? You might have some money now, but you’re going to end up spending more because you’re not able to write off anything or very few things. But the other thing about him is that, you know, I don’t mind if you are making the country better, but you can’t take a giant dump on it at the same time. For me, when you talk about people the way that do you, when you make fun of people’s looks, when you talk about women like they are so dumb they don’t — they can’t remember anything, when you talk about people of Mexican descent like they are not supposed to be in the country, when you talk about crap hole countries, when you talk like that you know that’s not a president I recognize.”