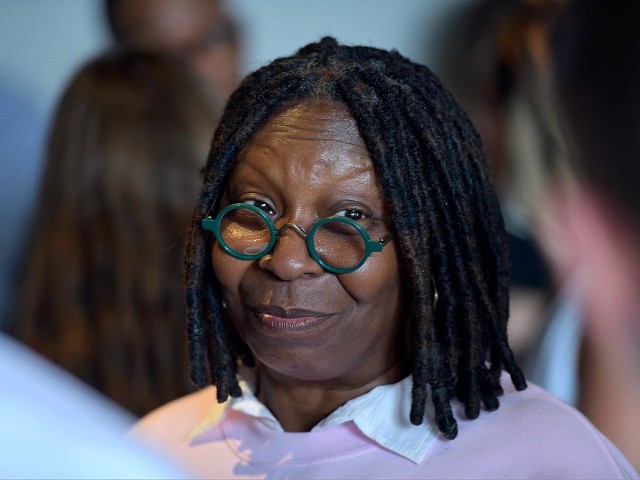 Actress Whoopi Goldberg has defended actor Liam Neeson against accusations of bigotry amid the recent controversy surrounding his views on race, after he admitted to having racist impulses some 40 years ago.

Neeson admitted in an interview with The Independent this week to having an urge to attack an innocent black man after the rape of one of his friends by a black person.

“I went up and down areas with a cosh, hoping I’d be approached by somebody – I’m ashamed to say that – and I did it for maybe a week, hoping some ‘black bastard’ would come out of a pub and have a go at me about something, you know? So that I could kill him,” Neeson explained. “It was horrible, horrible, when I think back, that I did that,” he added. It’s awful. But I did learn a lesson from it.”

The 67-year-old Irishman has since come under a barrage of criticism, forcing producers to cancel the New York premiere of his latest film Cold Pursuit. However, Neeson received the backing of Goldberg, despite her regularly accusing people of racism her.

“People walk around sometimes with rage, that’s what happens,” Goldberg said on Wednesday ‘s edition of The View. “Is he a bigot? No. I’ve known him a pretty long time, I think I would have recognized, I’ve been around a lot of real bigots. I can say this man is not one,” she said. ‘You can’t be surprised that somebody whose loved one is attacked is angry and wants to go out and attack.’”

“It’s all fuckin’ bullshit,” she told Vanity Fair. “Liam Neeson is not a racist. Dude, have you watched Widows? His tongue was so far down Viola Davis’ throat. You can’t call him a racist ever. Racists don’t make out with the race that they hate, especially in the way he does with his tongue — so deep down her throat. I don’t care how good of an actor you are. It’s all bullshit. Ignore it. He’s not a racist. He’s a loving man. It’s all lies.”