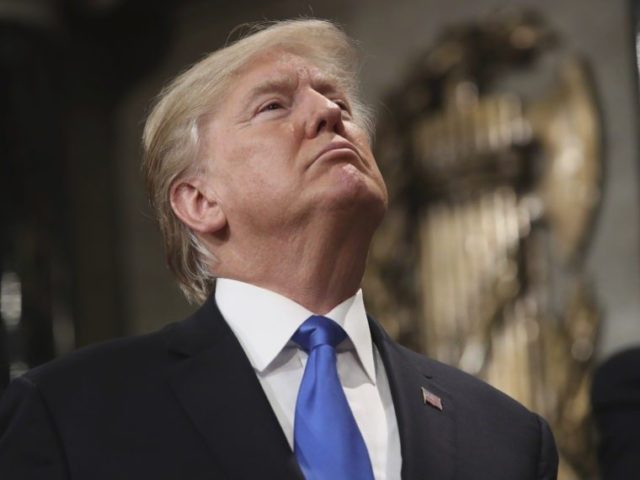 The White House confirmed Monday that President Donald Trump’s State of the Union address will not take place Tuesday as originally scheduled.

“We know it’s definitely not tomorrow,” Mercedes Schlapp, White House director of strategic communications, said in an interview on Fox News on Monday when asked about the canceled speech.

House Speaker Nancy Pelosi has not released a new invitation to the president after informing him last week that the address was officially canceled because of the government shutdown. Trump signed a bill temporarily ending the shutdown on Friday for three weeks while border barrier funding debates continue.

It is currently unclear whether Pelosi will invite the president during the three-week truce or wait until the government is reopened for a longer period of time.

After Trump announced a deal to reopen the government on Monday, Pelosi did not indicate when the speech would be rescheduled.

“What I said to the president is when the government is open, we will discuss a mutually agreeable date, and I’ll look forward to doing that and welcoming the president to the House of Representatives for the State of the Union when we agree on that,” she said.

Schlapp said that Trump was ready to deliver his address to the nation.

“The president is looking forward to addressing the American people, talking about our booming economy, the great work we’ve done to help all American workers, as well as talk about our strength,” Schlapp concluded.