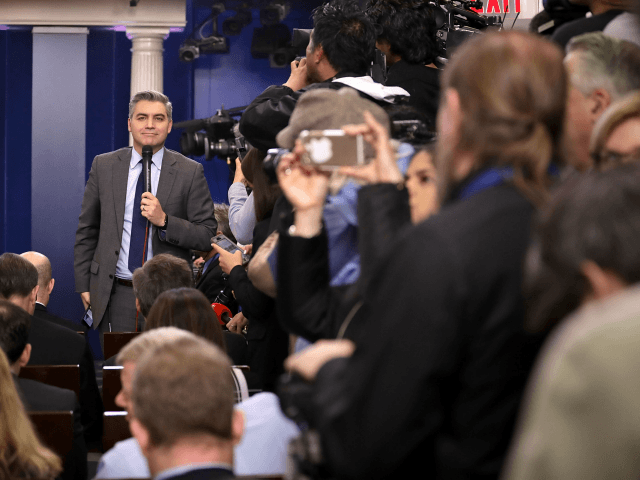 “This is just more grandstanding from CNN, and we will vigorously defend against this lawsuit,” Sanders said in a statement to reporters.

Sanders noted that CNN had nearly 50 additional White House reporting, producing, and camera staff who had hard passes and that they could continue to cover the White House without Acosta.

“Mr. Acosta is no more or less special than any other media outlet or reporter with respect to the First Amendment,” she said.

Sanders said that Acosta exhibited multiple instances of inappropriate behavior, more recently refusing to give up the microphone to a White House intern during a press conference.

“The White House cannot run an orderly and fair press conference when a reporter acts this way, which is neither appropriate nor professional,” she said. “The First Amendment is not served when a single reporter, of more than 150 present, attempts to monopolize the floor.”

Sanders added that it was important to punish bad behavior from White House correspondents.

“If there is no check on this type of behavior it impedes the ability of the President, the White House staff, and members of the media to conduct business,” she wrote.