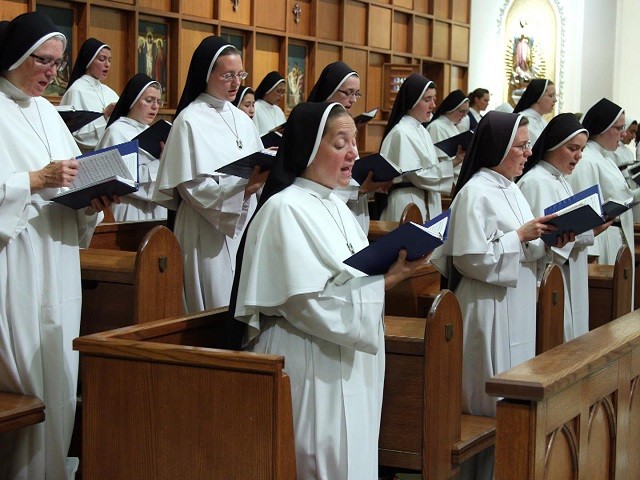 The White House has invited a renowned group of Catholic nuns to sing at this year’s National Christmas Tree Lighting Ceremony along with other performers.

Headquartered in Ann Arbor, Michigan, the sisters are a growing order of religious sisters founded in 1997 in response to Saint John Paul II’s call for a new evangelization.

As the White House notes, although the sisters just celebrated their 20th anniversary, they have already grown to over 130 members with an average age of only 28, and teach preschool through college in missions all over the United States.

The Dominican sisters take vows of poverty, chastity, and obedience and also emphasize Eucharistic adoration and Marian devotion. According to the group’s website, the community exists “for the salvation of souls and the building of the Church throughout the world.”

Along with their teaching and prayer, the sisters make music and have appeared on The Oprah Winfrey Show, NBC’s Today Show, NBC News Nightly, Good Morning America, Fox & Friends, and CBS This Morning.

At last year’s tree-lighting ceremony, President Donald Trump said that the birth of Jesus Christ “forever changed the course of human history,” adding there is “hardly an aspect of our lives today that his life has not touched: art, music, culture, law, and our respect for the sacred dignity of every person everywhere in the world.”

“Melania and I are full of joy at the start of this very blessed season,” Trump said, “the celebration of the birth of our Lord and Savior, Jesus Christ.”

“We’re thrilled to think of the people, across the nation and all across the continents, whose spirits are lifted by the miracle of Christmas,” he said.

Along with the Dominican sisters, this year’s tree-lighting will feature other performers, including country singer Abby Anderson, Irish tenor Anthony Kearns, and Christian artist Matthew West.