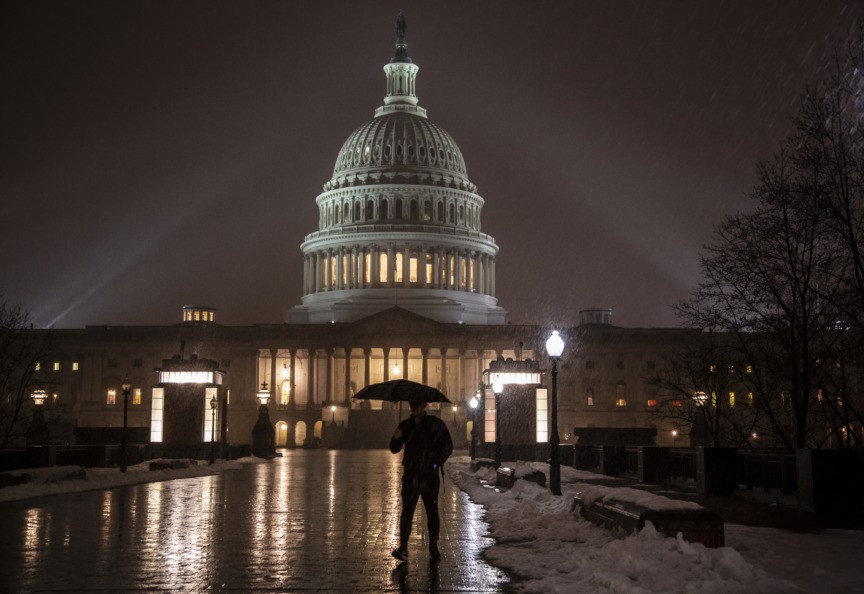 “We frequently disagree with CBO, with all respect, they’re doing the best job they can, I get that,” said Kudlow. “I won’t acknowledge any of that right now.” Kudlow added:

In a $20 trillion economy it’s awfully hard to make even the best guesstimates of those kind of small fractions of numbers. That’s what you’re looking at here. Let’s see how it rolls out. We’ll get a GDP report about a week for Q4. It’ll take longer for the first quarter. As I’ve said many times I think you have just a whole bunch of very temporary factors and now that the government has reopened the switch goes right back on.

“There’s certainly no permanent damage to the economy,” Kudlow said of the 35 day partial government shutdown.

“With the greatest due respect to my friends at CBO, who often disagree with us and do not acknowledge the importance of our pro-growth tax cuts, just to put an editorial in, no, I don’t really agree, sorry,” Kudlow added.

He acknowledged “hardships for individuals” as the key problem during the shutdown. He said he was glad people were back to work.

“Regarding the macroeconomy, Major, I don’t think there was a factor,” Kudlow responded to the questioning reporter.

There will be a jobs report Friday and a GDP report next week, according to Kudlow.

Kudlow said the state of the U.S. economy looks to him and his colleagues “very strong” and  the shutdown was not disruptive to the larger economy.

Another reporter asked about the CBO report contention that over the next decade and forward the U.S. has a poor growth outlook, calling it “unsustainable.”

“We have a fundamental disagreement with that agency regarding the growth outlook,” Kudlow responded. “Economic growth is the single biggest factor in compiling any of these numbers. So they have had a very low growth estimate in response to Trump policies on taxes and deregulation and we’ve had a much higher one.”