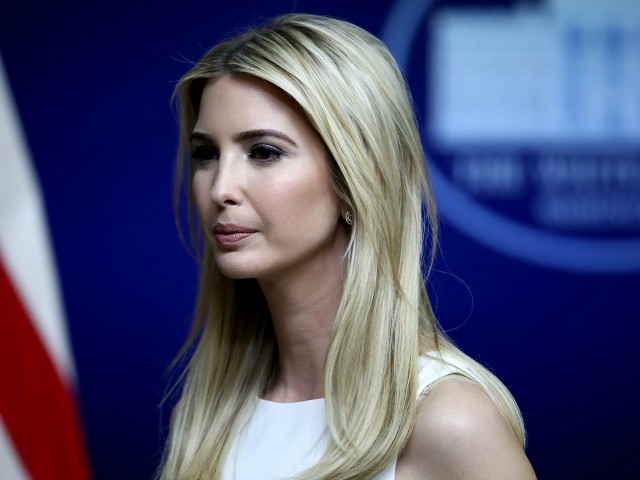 The Washington Post broke the story on Monday evening, noting that Trump’s daughter, serving as a senior adviser in the administration, sent “hundreds” of emails related to work on a private email address that she shared with her husband, Jared Kushner, also a Trump administration official.

Peter Mirijanian, a spokesman for Ivanka Trump’s lawyer, Abbe Lowell, told the Washington Post that none of the emails included classified information.

While transitioning into government, after she was given an official account but until the White House provided her the same guidance they had given others who started before she did, Ms. Trump sometimes used her personal account, almost always for logistics and scheduling concerning her family.

The news immediately drew comparisons to Hillary Clinton’s use of private email and a personal email server while serving as secretary of state. Clinton deleted more than 30,000 emails from her server and turned over others to the government to be archived.

But Mirijanian argued that Ivanka Trump did not delete any emails and did not send classified information to her address. She also did not use a private email account exclusively as Clinton did. Trump turned over to the government all emails sent to her private email address.

“Sources close to” Ivanka Trump and “people with knowledge” of the incident told the Washington Post that she was unaware of the rules about using personal email addresses, despite her father repeatedly describing Clinton’s use of a private email account as criminal.

The hashtag #LockHerUp trended on Twitter on Monday evening, as critics reacted to the apparent hypocrisy regarding the issue.

“Well, certainly I think it’s hypocritical. I think even Ivanka, if she was interviewed about, she’d have to say it was a mistake. You can’t do that in that position,” Scaramucci told CNN in an interview on Tuesday.

“I’m sure the media will have a field day with it today,” he continued.

Ivanka Trump has not made a statement on the record about the incident.