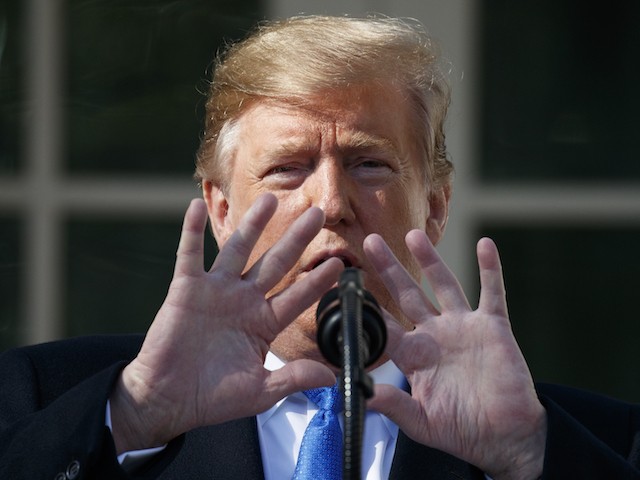 “No one claims the bill is perfect — far from it,” Sanders told reporters at the White House on Friday. She called the bill a “step in the right direction.”

The news of the bill signing was confirmed in an official statement to reporters, as the event was closed to the press.

The “Consolidated Appropriations Act, 2019” has been signed pic.twitter.com/8rhBOgsd4f

Trump’s signature of the legislation ends the 55-day fight over border wall funding and the ongoing threat of a government shutdown.

Supporters of the president protested the bill drafted by a bipartisan Congressional committee during the three-week shutdown reprieve.

The president was frustrated by the ultimate bill passed by Congress but agreed to sign it while declaring a national emergency to help build the wall on the border.

The bill passed both houses of Congress on Thursday with veto-proof majorities.