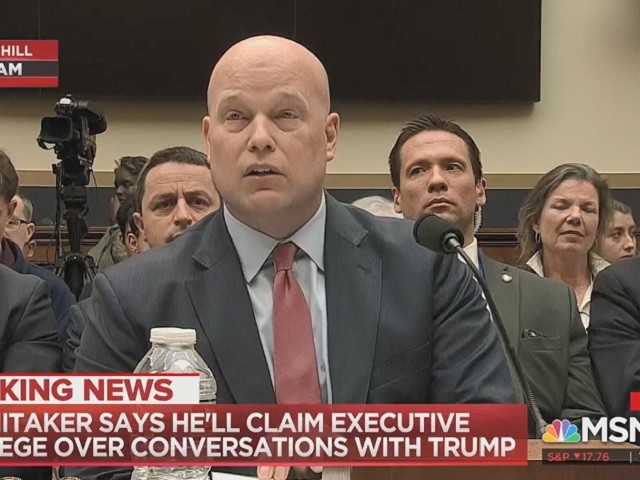 Committee Chairman Jerry Nadler (D-NY) asked Whitaker if he had relayed any information he received in a briefing about the Mueller investigation to the president.

Whitaker responded, “I have not talked to the president of the United States about the special counsel’s investigation.”

Nadler then asked Whitaker if he had given such information to any other White House official.

Whitaker answered, “I have not talked about the special counsel’s investigation with senior White House officials.”

Nadler then questioned Whitaker on whether he had communicated any information from a briefing about Mueller to any “third party not already briefed about the special counsel’s investigation, who might have conveyed that information to the president or his legal team?”

After a discussion of what constituted a third party, Whitaker stated that it isn’t possible for him to answer that question, adding, “I do not believe that I have briefed third party individuals outside of the Department of Justice. I have received briefings myself, and I am usually the end point of that information.”