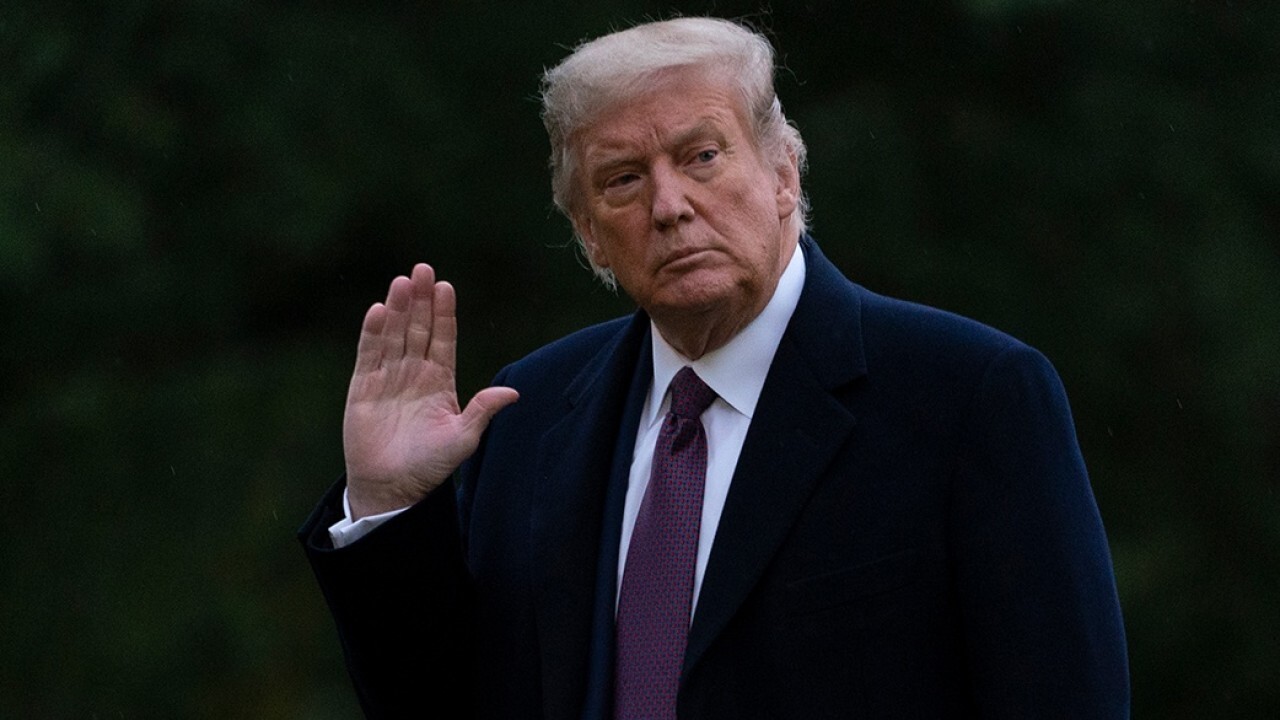 President Trump announced early Friday that he and first lady Melania Trump had tested positive for COVID-19 — coming on the back of a busy week of travel and events, just weeks away from Election Day.

Trump’s diagnosis came hours after it was announced that senior adviser Hope Hicks had tested positive for the virus on Thursday.

On Friday, he held a rally in Newport News, Va.

On Saturday, he was at the White House, making a major announcement in the Rose Garden that he will nominate Judge Amy Coney Barrett (who has since tested negative for the virus). That event included press and guests at the event. He later held a rally in Harrisburg, Penn.

On Sunday he golfed at the Trump National Golf Club in Sterling, Va., and held a White House news conference, as well as a reception for Gold Star families. That reception was also attended by first lady Melania Trump, who also has tested positive for the virus.

On Monday, he held another event in the Rose Garden, this time on COVID testing. That was attended by a number of top Trump officials — include Vice President Mike Pence, who has since tested negative for the virus.

And on Tuesday, he participated in the first presidential debate with former Vice President Joe Biden in Cleveland, Ohio. At this point neither the president, the first lady nor White House senior adviser Hope Hicks were showing symptoms.

On Wednesday, Trump held a private fundraiser before attending a campaign rally at Duluth, Minn. According to a source familiar with what happened that night, Hicks began showing coronavirus symptoms either during or after the event in Duluth.

On Thursday, Trump traveled to Bedminster, N.J., for a campaign fundraiser

Hicks tested positive for the coronavirus on Thursday morning. That means that when Trump traveled to Bedminster her diagnosis was known to the White House.

News broke of Hicks’ positive test late Thursday evening. The White House released a statement that did not name Hicks but said Trump takes the health of himself and White House staff “very seriously.”

It was early Friday morning that Trump then announced he had tested positive for the virus.

“Tonight, @FLOTUS and I tested positive for COVID-19,” the president tweeted. “We will begin our quarantine and recovery process immediately.”