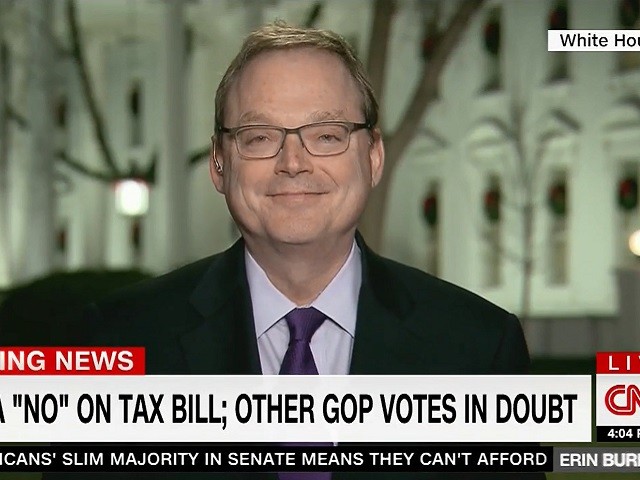 Kevin Hassett, chairman of the White House Council of Economic Advisers, celebrated during Tuesday’s  “Mornings with Maria” on the Fox Business Network the new trade deal between the United States, Mexico and Canada, the USMCA.

“This is a great deal,” Hassett said. “I think that we just sort of won the Super Bowl, but all three countries did because President Trump delivered a modern, twenty-first-century trade deal.”