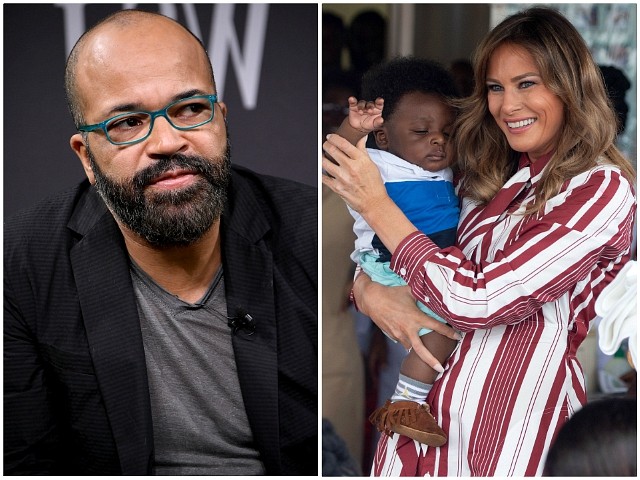 Actor Jeffrey Wright took to Twitter on Tuesday and called First Lady Melania Trump’s trip to Ghana “garbage,” denigrating her for visiting Africa on her first solo tour around the continent.

Wright, who stars in the hit show Westworld took to social media to criticize Mrs. Trump, re-posting a video of the First Lady holding a baby in Ghana and calling it “garbage.”

“Oh for phux sake. Will this condescending, self-interested, photo-op, band-aid garbage ever stop?” the actor wrote.

Despite Wright’s criticism, Mrs. Trump is taking the world by storm. Leaders and diplomats of Ghana greeted Mrs. Trump with an elaborate official state visit, rolling out the red carpet for her and having native Ghanan dancers performing for her.

Mrs. Trump also visited schoolchildren and children at a hospital as crowds of people stood around her in awe of her elegance and grace.

Jeffrey Wright is a regular critic of President Donald Trump.
A month after the election, the Hunger Games star said he was disappointed that Hillary Clinton lost and “that glass ceiling for women had not been fully destroyed but, as well, that America had elected someone more overtly vulgar and misogynist than we’ve ever seen on a national political stage.”