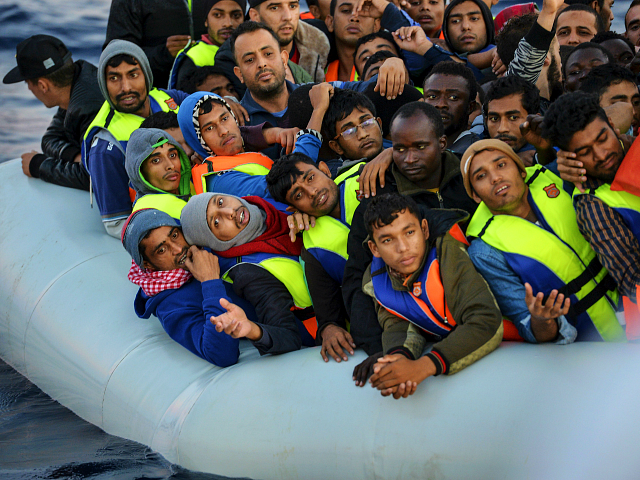 A prominent archbishop has told Italians they need “young people who come from elsewhere in order to begin a new history”, as the native population ages.

The clergyman is himself described as “the most left-wing politician in town, and a courageous man” by supporters, and wants to persuade his ageing parishioners that migrants are Italy’s future, La Croix reports.

“[Ethnic] inter-mingling is an inevitable reality and a response to Italy’s demographic crisis,” he claimed.

“The challenge for Italy is to reconcile a country that is dying with young people who come from elsewhere, in order to begin a new history. If we close our door to migrants, we will disappear. I’m speaking about current realities, not just points of view,” he added.

Italy’s Salvini: ‘We Need to Help Families Have More Children, Not Bring Africans to Replace the Children We’re Not Having’ https://t.co/iz98NuiyYk

Like many mass migration advocates in the West, the archbishop was at pains to stress that “more people are dying than being born” among the native population — although it is not clear that an ageing society is necessarily worse than one in which over half the population are under 25, as in sub-Saharan Africa, or that an ever-increasing population is intrinsically more desirable than a gently declining one, particularly from an environmental standpoint.

Moreover, Deputy Prime Minister Salvini has questioned whether a strategy of replacing native-born citizens with new ones from overseas can really be described as preventing “Italians” from disappearing in a meaningful sense, arguing strongly for policies supporting local people to have families instead.

“I believe that I’m in government in order to see that our young people have the number of children that they used to a few years ago, and not to transplant the best of Africa’s youth to Europe,” he said at a migration summit in Vienna last month — triggering an extraordinary outburst from his EU counterparts.