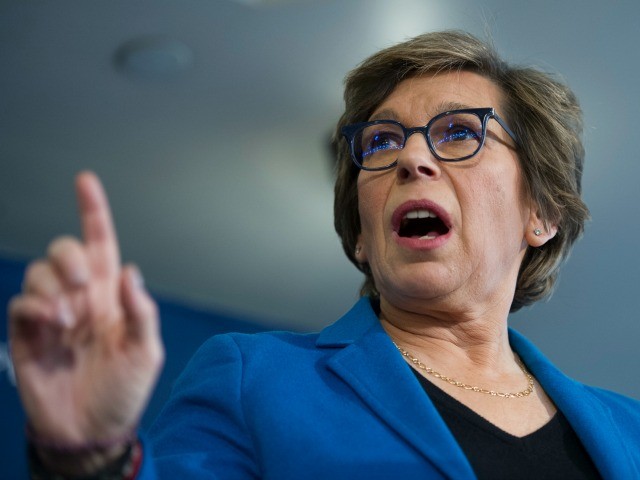 On Thursday’s “CNN Newsroom,” American Federation of Teachers President Randi Weingarten praised New York Gov. Kathy Hochul (D) for “doing it absolutely the right way” by immediately lifting the state’s mask mandate for adults, but not doing so for students in schools.

Weingarten said, “I have two op-eds on my desk, one that says we must unmask now, masks don’t work and the other that says don’t do it right now. So, that’s why teachers and many parents are just saying to the scientists and to the government officials, let this decision be informed by science and safety, not by politics. And I think I’m just going to lift up the one governor who I think is doing it absolutely the right way was Gov. Hochul in New York. She lifted the adult mask mandate, effective immediately, like the Nevada governor did, but she said, when it comes to students in schools and other congregate settings and transportation, she kind of listed the four or five different things that they’re looking at so that we all know it with a goal towards doing — that lifting this mandate by the end of February, the beginning of March.”