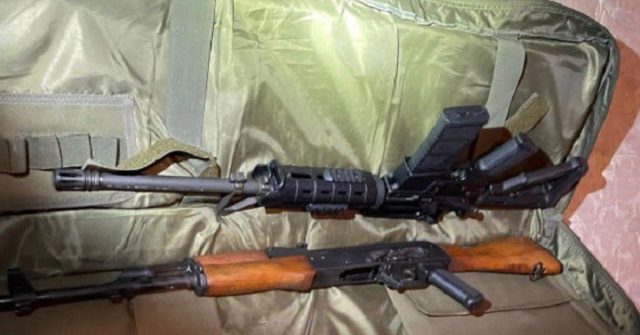 Rio Grande Valley Sector Border Patrol agents seized two semi-automatic rifles during a raid on a human smuggling stash house near the Texas border with Mexico. The raid also led to the seizure of three vehicles used in the smuggling scheme.

The agents teamed up with local law enforcement partners from the Hidalgo County Sheriff’s Office to take down this stash house operation. The team seized two semi-automatic rifles and three vehicles. They also arrested three migrants illegally present in the United States. Officials did not disclose if these migrants were involved in the smuggling scheme or were being smuggled.

Earlier this week, Hastings tweeted an image from another stash house raid. This image showed the often over-crowded conditions the smugglers force the migrants into. Note that very few of the migrants are wearing masks to help prevent the spread of COVID-19 to each other and the Border Patrol agents.