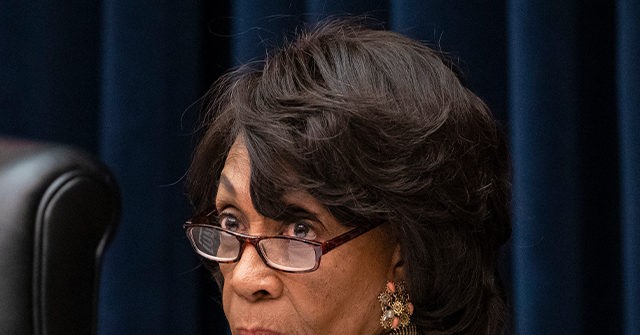 Representative Maxine Waters (D-CA) said Saturday on Cheddar Business Network’s “All Hands” that domestic terrorists “took part in the invasion and the insurrection of our Capital” on January 6, 2021.

On the Democrats voting legislation, Waters said, “We’ve got to work harder. We’ve got to tell the story. We’ve got to help people to understand what voter suppression is and how it works. People don’t sometimes know that when you don’t have enough polling places, that may be the decision of some local jurisdiction to make you not vote, to have your disgusted and not stand in line.”

She continued, “We’re now into all of this debate about mail-in ballots. That’s what Trump did not like. That is why he almost destroyed the postal system because he did not want ballots mailed in voting. We’ve got to explain this to the public. Explain what democracy is. And explain the democracy is being undermined with the kind that laws and practices from the right-wing. They have to understand we have domestic terrorists. We have The Proud Boys. We have The Oath Keepers. We have QAnon. We still have the KKK. These are domestic terrorists who took part in the invasion and the insurrection of our Capital.”