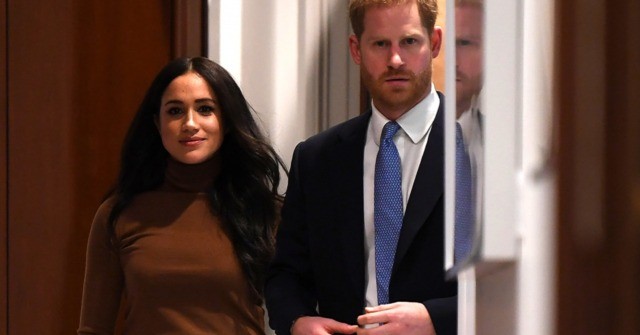 The Duchess of Sussex’s estranged father Thomas Markle has revealed his despair over the Megxit crisis – and accused his daughter of “cheapening” the Royal Family and jettisoning “every girl’s dream” for the pursuit of money.

His scathing assessment comes in part of an interview released a day after Buckingham Palace said Prince Harry and Meghan Markle will no longer use the titles His/Her Royal Highness as they “are no longer working members of the Royal Family”, as reported by Breitbart News.

Watch a snippet for yourself below:

After speculation in the recent weeks following the Duke and Duchess of Sussex’s surprise announcement they will be stepping back as “senior” Royals, Buckingham Palace released briefings over the couple’s official position within the Royal household.

The retired Hollywood lighting director told UK outlet Channel 5 news in a documentary he believed Meghan, 38, was tossing away “every girl’s dream” in a pusuit of money.

Channel 5 released part of the interview Sunday and said the full documentary would air “in the coming weeks”, according to Reuters.

Thomas Markle described the British Royal Family as “one of the greatest long-living institutions ever”, saying that when Meghan married Harry in May 2018 they took an obligation “to be part of the Royals and to represent the Royals”.

“This is like one of the greatest long-living institutions ever,” he said. “They are destroying it, they are cheapening it, they’re making it shabby … They are turning it into a Walmart with a crown of it now. It is something that is ridiculous, they shouldn’t be doing this.”

The 90-minute documentary, Thomas Markle: My Story, explores the background to what it calls his “complicated” relationship with his daughter and their dramatic fallout in the days before her wedding to Prince Harry in May 2018.

In addition, it charts Meghan’s formative years on the U.S. west coast – she lived with Markle Snr. between the ages 11 and 18 – and she has already given indications she would consider a move back to California in the future.

Reports: Harry and Meghan Want to Move to LA – Once Trump Is Out of Office https://t.co/RmHtrsu4j8

Thomas Markle said he did not expect his actress daughter to get in contact now or in the future.

“I can’t see her reaching out to me, especially now … or Harry for that matter, but I think both of them are turning into lost souls at this point,” he said.