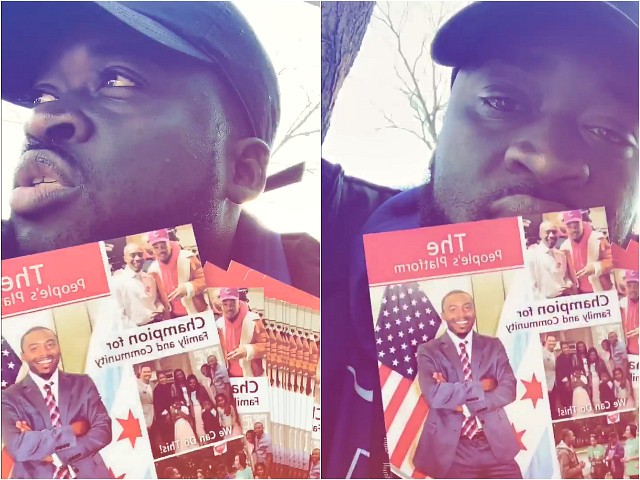 A volunteer for Chicago City Council candidate Joseph Williams was shot while videoing himself interacting with potential voters.

The Chicago Tribune reports that 32-year-old Maxwell Omowale Justice was canvassing the West Englewood neighborhood Sunday afternoon and recording himself on Facebook Live when the shots rang out.

Chicago Police say the shooting occurred around 1:45 pm and described the suspect as a man who was wearing “a red ski mask.”

Justice drove himself to the hospital after being shot. He received treatment and then went home.

He described the incident and his survival by saying, “Stay prayed up. I prayed before I went canvassing and God looked out.”

Candidate Williams’ campaign manager, Erin Ellenbolt, referenced the shooting, saying, “It’s what we’re fighting for, it’s the violence in Englewood and the violence in the 15th Ward that we’re trying to combat.” She said the shooting that wounded Justice will deter her from knocking doors again soon for Williams.