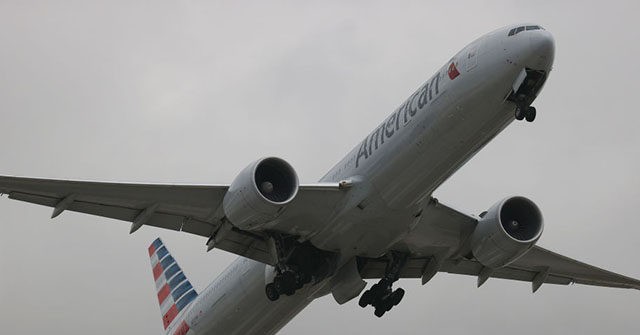 An unruly passenger was arrested for allegedly sucker-punching a flight attendant on an American Airlines flight from San José del Cabo, Mexico, to Los Angeles on Wednesday.

Alexander Tung Cuu Le, 33, was arrested after the flight landed at LAX on suspicion of interfering with a flight. The FBI took over the investigation due to the incident occurring mid-air.

Video footage, shared on social media by a passenger, shows a flight attendant standing in the aisle asking a passenger wearing an orange shirt, “Are you threatening me?”

As the American Airlines worker walks away, the unruly passenger appeared to charge and sucker punch the attendant from behind. Audible gasps could be heard by those nearby.

A man was arrested by Los Angeles Airport police after assaulting a flight attendant on an American Airlines flight from Cabo. Good samaritans helped restrain the passenger until the flight landed at LAX, according to witnesses. An investigation is underway. 📹: Donald Hoover pic.twitter.com/N6JjKiOAOB

Before the incident, Le was acting aggressively toward a flight attendant by grabbing his shoulder and demanding coffee, according to an arrest affidavit via CBS Los Angeles.

The unruly passenger then walked to the front of the plane where he lingered near the first-class area and sat in an open seat. When a flight attendant asked the passenger to return to his seat, Le allegedly refused and attempted to hit the worker but missed. He then subsequently assaulted the flight attendant, as seen in the footage.

After reportedly hitting the American Airlines worker, the unruly passenger walked to the front of the plane again but was restrained by other passengers.

Le was moved to another row while cuffed with both his arms and legs. However, he kept unbuckling his seatbelt, resulting in attendants using seatbelt extenders to restrain him.

American Airlines issued a statement on the assault:

Acts of violence against our team members are not tolerated by American Airlines. The individual involved in this incident will never be allowed to travel with us in the future, and we will work closely with law enforcement in their investigation.

Le was slated to make a court appearance Thursday afternoon, CBS Los Angeles noted. The maximum sentence he faces, if convicted on all charges, is 20 years in prison.

This year as of Tuesday, the FAA has received 1,973 reports of unruly passengers, 680 investigations initiated, and 468 enforcement action cases initiated.