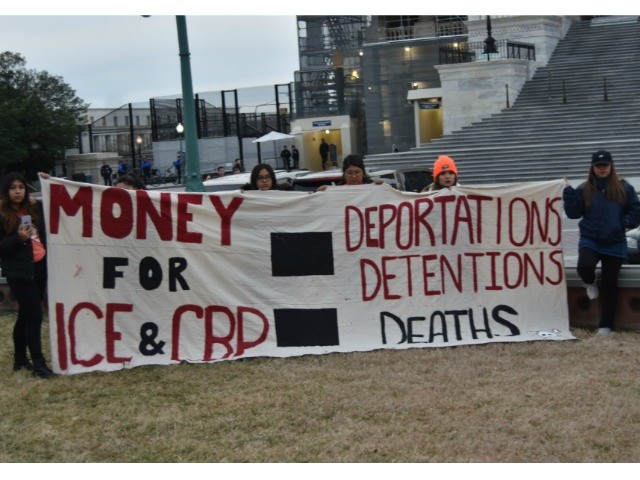 About 50 people showed up for a protest on Capitol Hill on Thursday to call on Congress to stop enforcing immigration laws. Chanting “undocumented, unafraid,” and “queer, trans, unashamed,” the group of mostly young people said all people in the country illegally should be given amnesty.

Speakers called for ICE and CBP to be defunded and dismantled, despite statistics that show both are responsible for stopping thousands of criminal aliens at the border and across the country every year. In 2017, ICE agents removed more than 226,000 illegal immigrants and arrested more than 127,000 here illegally with criminal convictions or who had broken the law. That same year, 5,000 gang members were removed from the streets.

The government spending bill passed in Congress and signed into law by President Trump provides millions of dollars to both agencies to support its personnel and operations.

The group that organized the protest, United We Dream, which bills itself the “largest immigrant youth-led network,” outlines on its website what would happen in the United States without either enforcement agencies: