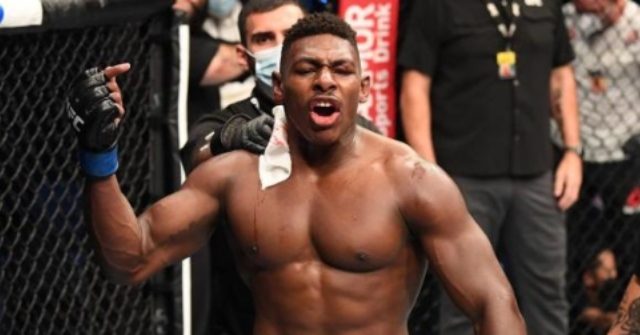 Scoring a major knockout is a great way to get some national attention. But, what Joaquin Buckley did to his opponent on Saturday night is on a whole other level.

Buckley was taking on fellow middleweight Impa Kasanganay when, three minutes into the second round, Buckley attempted a slowish kick to Kasanganay’s body. Kasanganay caught the kick, but instead of hopping on one leg, Buckley delivered a spinning heel kick that ended Kasanganay’s night.

One of the most unbelievable KOs you’ll ever see #UFCFightIsland5 pic.twitter.com/drNTxpvria

“That may be the craziest knockout ever,” said former Heavyweight Champion Daniel Cormier.

“It was just open,” Buckley said after the fight. “I saw he had my leg and my foot and I just spun and kicked. I aimed and I fired and it got the result we needed.”