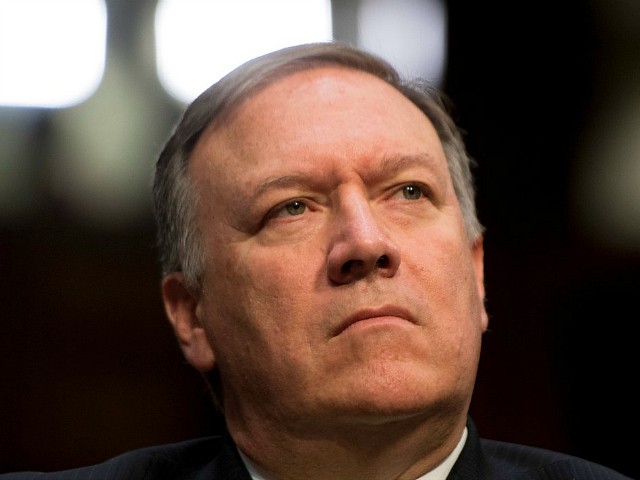 The European Union (E.U.) plan to build a “legal framework” to preserve business with Tehran and evade new U.S. sanctions was met with disbelief and anger from U.S. Secretary of State Mike Pompeo on Tuesday.

Mr. Pompeo denounced the Europeans who in turn made clear they would not back down after the plans were made public, as Breitbart Jerusalem reported.

Mr. Pompeo, addressing a pressure group on the sidelines of annual U.N. meetings, responded by saying he was “disturbed and indeed deeply disappointed” by the EU announcement.

“This is one of the of the most counterproductive measures imaginable for regional and global peace and security,” he said in a speech delivered against a backdrop of protests from  anti-war protesters.

“By sustaining revenues to the regime, you are solidifying Iran’s ranking as the number-one state sponsor of terror,” Mr. Pompeo added, observing Iran’s “corrupt ayatollahs” and elite Revolutionary Guards had to be “laughing this morning.”

Meanwhile John Bolton, President Trump’s national security adviser, mocked the E.U. for being light on detail for how its evasion mechanisms will work.

Bolton also issued unsubtle warnings to Iran’s leaders: “We are watching, and we will come after you.”