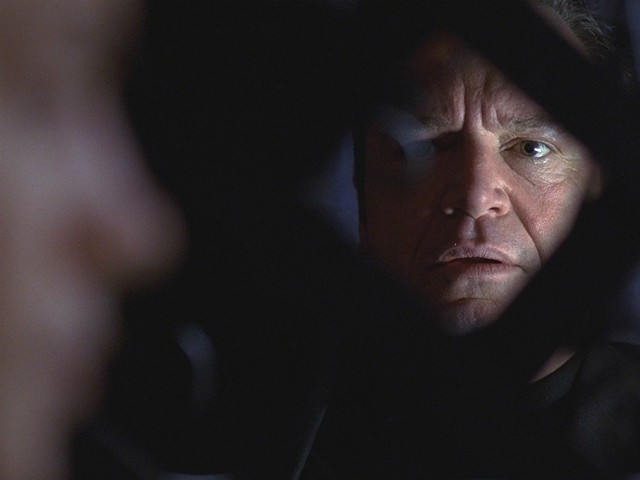 U.S. Secret Service agents visited actor Tom Arnold at his home last month to warn him that his tweets could incite violence against high-ranking politicians or even President Donald Trump.

Mother Jones published an hour-long recording of the visit from Secret Service agents, which came amid the investigation into the explosive devices mailed to high-ranking left-wing politicians including former Presidents Barack Obama and Bill Clinton.

The visit also came days after Tom Arnold tweeted at Trump challenging him to a one-on-one fight at one of his rallies.

“I say put up or shut up @realDonaldTrump Me vs You. For America. First body slam wins. Any Rally. Any Time. Between now & the midterms,” Arnold wrote at the time.

The 59-year-old actor is one of many Hollywood celebrities known for his aggressive and even violent rhetoric. Earlier this year, he declared his intention show up at 12-year-old Barron Trump’s New York school and harass him in protest of Trump’s immigration policies.

In September, he also starred in a flop documentary series intended to dig up damaging recordings of Donald Trump, a task that ultimately proved unsuccessful. The search also led to him being involved in a scuffle with The Apprentice producer Mark Burnett at Los Angeles party in September.

On Monday, Arnold acknowledged the visit from the Secret Service, thanking them for their work protecting the country while acknowledging that “words can incite violence.”

“Thank you David Corn for your fine work as always. Thank you US Secret Service for risking your lives keeping democracy safe,” Arnold said in a statement. “I appreciate you coming to my home on what must’ve been a busy day. I heard your message loud & clear. Words matter. Tone matters. Words can incite violence. Be responsible.”

My statement about the Secret Service visit to my house: pic.twitter.com/BFOht796aW