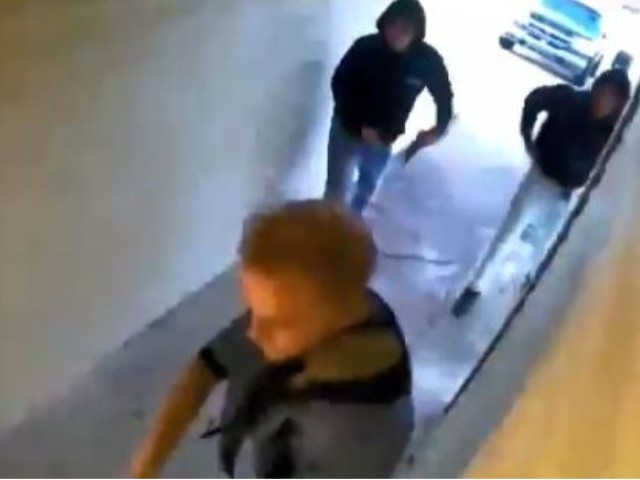 Three armed suspects were caught on video fleeing after the owner of the home they were targeting opened fire on February 12.

The Tribunist reported that the incident occurred in broad daylight in Broken Arrow, Oklahoma. Surveillance video showed three armed suspects approach the home and try to kick in the front door. A shot was then heard as the homeowner opened fire.

The panicked suspects quickly spun around and fled the scene.

EXCLUSIVE VIDEO: A homeowner’s worst nightmare was caught on camera. In a video, shared exclusively with Tulsa’s Channel 8, three armed suspects can be seen kicking down a man’s front door in Broken Arrow. — https://t.co/2c6GDOXOm7 pic.twitter.com/nPnaVsK2bx

The homeowner did not want to be identified, but one of his neighbors, Gina Wagner, spoke to KTUL about the armed suspects. She said, “It’s not good to have those kinds of people around. I don’t like that at all.”

Wagner added, “I won’t feel safe until they get that taken care of.”