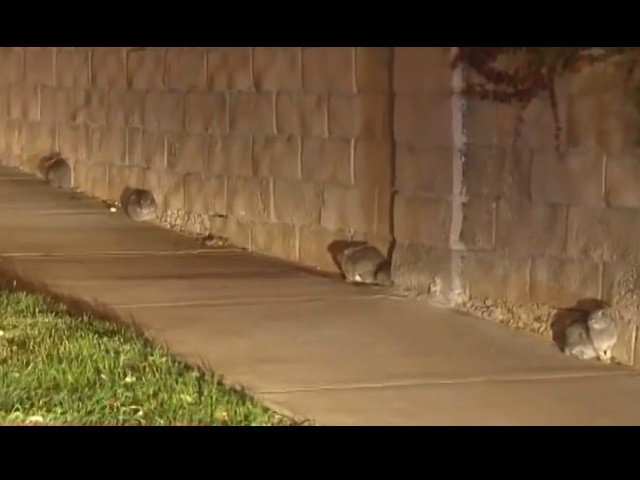 A half dozen wild rabbits were seen huddling for safety against a rock wall in Thousand Oaks, California, as their forest home burns in the Woolsey wildfire.

Reminding everyone that these wildfires affect more than the lives of men, CBS cameras caught a small colony of frightened bunnies nestled against a rock wall on a roadside as the angry fires glowed red around them.

CBS 2’s Kandiss Crone is heard on the video saying, “The little bunnies there, quite a few of them, we’ve seen trying to escape the flames and get out, get to safety because their home, their habitat is on fire.”

Even as the rabbits have been evicted from their warrens, nearly 90,000 humans have been evacuated as around 40,000 homes and 14,0000 acres are threatened by the fire, ABC reported.