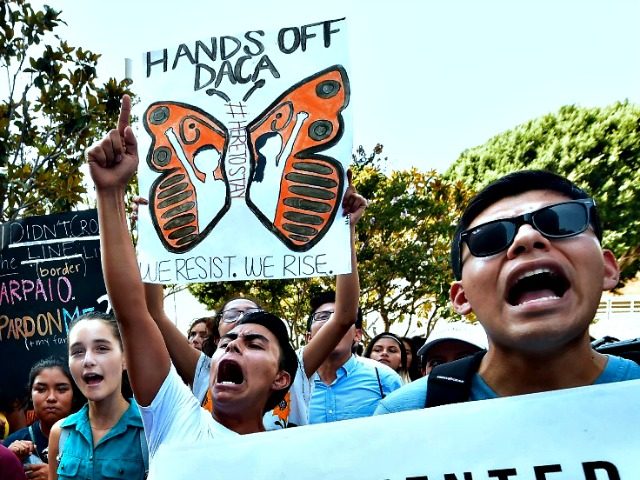 Rather than backing down to the DACA illegal alien when asked about the Obama program that federal courts have blocked President Trump from ending, Cruz said those enrolled in DACA must also follow U.S. immigration law.

“Well listen, I would note if you’re a DACA recipient means that you were brought here illegally, and violating the laws have consequences,” Cruz told the DACA illegal alien.

Cruz’s opponent O’Rourke, on the other hand, has embraced amnesty for all 12 to 22 million illegal aliens living in the U.S.

O’Rourke has said the 3.5 million DACA-enrolled and eligible illegal aliens needed “freeing” from being deported for being in the country illegally.

“There is no better people than those of us here in this state … to rewrite our immigration laws in our own image,” O’Rourke has said. “And to ensure that we begin by freeing DREAMers from the fear of deportation by making them U.S. citizens, so they can contribute to their full potential to the success, not just of themselves and their families, but to this country.”

O’Rourke says mass immigration and amnesty are necessary to fill jobs at cotton gins, telling a black American last month during a town hall that Americans are unwilling to do blue-collar jobs, Breitbart News noted.

“But there are immigrants who are coming from Central America or Mexico or other parts of the world to Roscoe to work these [cotton gin] jobs and to help build our economy,” O’Rourke said.