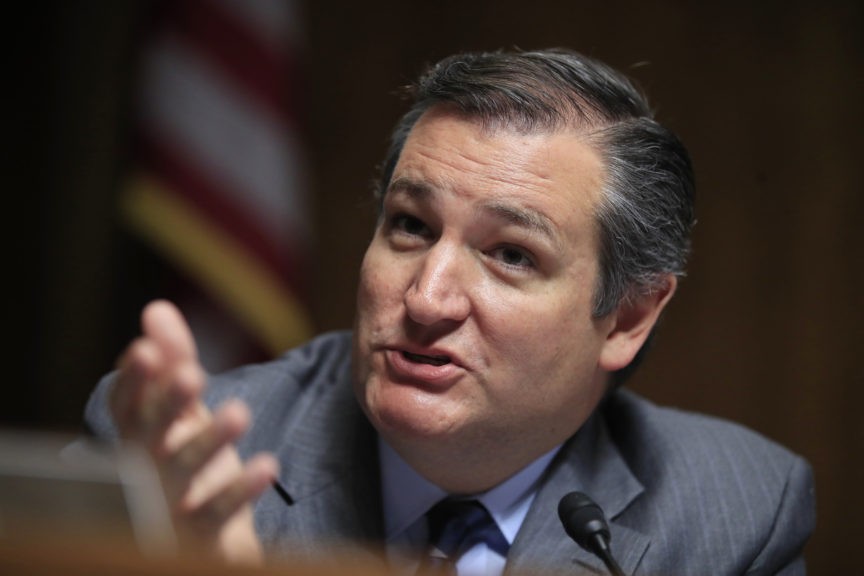 In the pair of videos tweeted by “Smash Racism DC,” protesters are seen chanting, “We believe survivors” in support of Christine Blasey Ford and Deborah Ramirez, who have brought decades-old allegations of sexual misconduct against Supreme Court nominee Brett Kavanaugh.

In one of the videos, a protester claiming to be a constituent of Cruz asks the Texas lawmaker if he will vote for Kavanaugh to be confirmed. “I would love to know what your vote is going to be tonight,” the protester asks the Texas senator. “I know that you’re very close friends with Mr. Kavanaugh. Do you believe survivors, sir?”

“God bless you, ma’am,” Cruz replies as he is seated at his table. Seconds later, Cruz and wife decide to exit the eatery as protesters still chanting “we believe survivors” show no signs of leaving them alone. “Let’s go ahead and go,” Cruz is said telling his wife.

In the second video, Cruz is seen making his way past protesters, one of which appears to get in Cruz’s way, prompting the lawmaker to signal him to get out of his way. “Excuse me, sir,” Cruz tells the male protester.

The couple’s exit from the restaurant is met with cheers from the protesters.

“Cancel Kavanaugh, for women’s rights! For every marginalized community!” one female protester is heard shouting at the end of the video.

The incident comes after Cruz faced off against Democrat challenger Rep. Beto O’Rourke (D-TX) Friday in first of three debates for the Texas Senate race in Dallas.