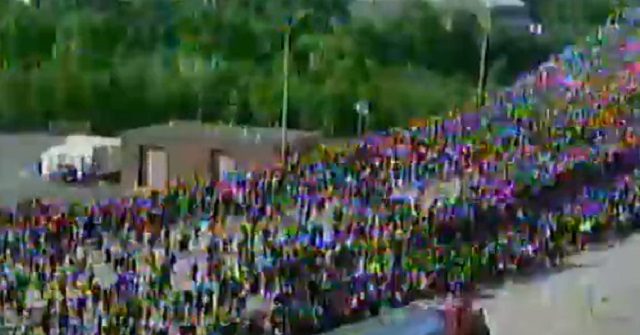 Despite Interstate highways in Minneapolis having been closed since 5 p.m. local time,  tanker truck appeared to have driven through a crowd of protesters gathered on Interstate 35W near Washington Avenue on Sunday.

As the crowd scattered, the truck appeared to stop midway through the gathering. There was no report of injuries at the time.