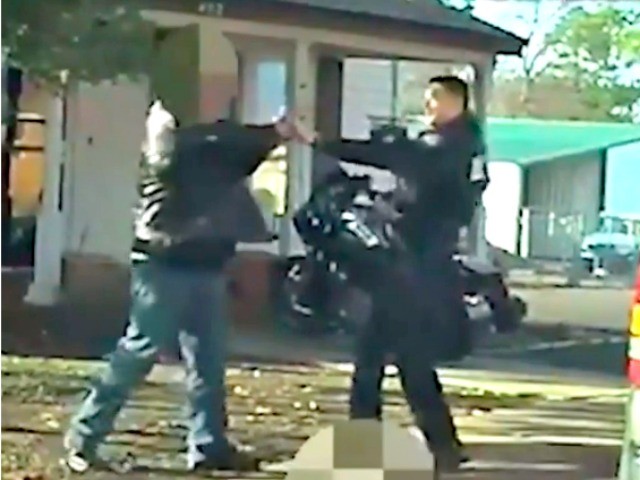 Video from the Noble, Oklahoma, police department shows an officer deflect a suspect’s gun, then shoot that suspect in self-defense.

The incident occurred December 18, 2018, but body cam footage has just been released.

In the video, Sgt. Joshua Lester can be seen walking behind a suspect, telling the suspect to keep his hands out of his pockets. The suspect responds by pulling a gun and spinning around toward the officer. The officer can be seen using his off-hand to deflect the suspect’s handgun, and then he shoots the suspect twice.

Lewis survived the three bullet wounds and was “charged with assault and battery with a dangerous weapon.”

There was already a warrant against Lewis for armed robbery.