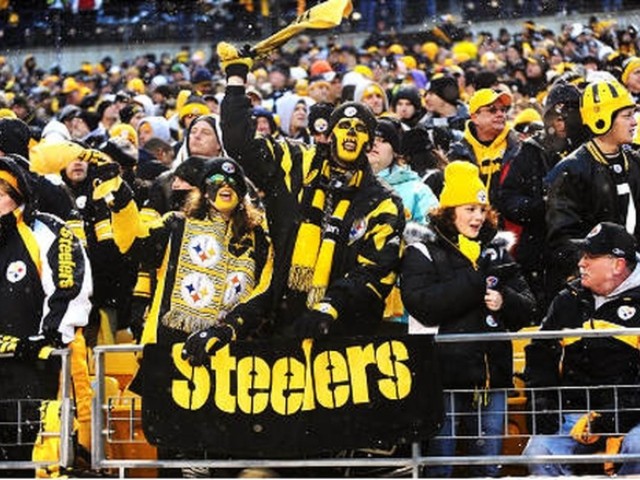 The Steelers loss to the Chargers on Sunday night, was an ugly affair on the field. Though, in the days following the game, we’re learning that it was a far more ugly affair in the stands.

On Monday, we brought you video of a brutal fight between fans, that included a head-butt and several punches thrown.

Now, courtesy of KDKA in Pittsburgh, there’s video of another fight emerging. A more traditional incident in the sense that the combatants are fans of opposing teams. But with a scary and notable twist: One of the fans who gets assaulted is a pregnant woman.

In the video, a Steelers fan can be seen grabbing the throat of a female Chargers fan who is pregnant. The man’s hand is knocked away a moment later as the woman’s husband intervenes:

The Current says that 26-year old woman is pregnant, and the couple is from the San Diego area.

Daniel Minshew (who was wearing the Chargers suit) is the husband of the woman and told the Current, ‘I plan on calling police officials today about filing criminal charges, my wife and I attend several road games annually and I myself have been to approximately a dozen away games and have never experienced anything like we did Sunday night.’

The couple says the unidentified man yelled at the couple to sit down during the game before the fight started.

KDKA-TV has reached out to the Steelers and Pittsburgh Police about the incident, but so far have not heard back.

A witness said that alcohol appeared to be a major factor in leading to the fight, KDKA reports.