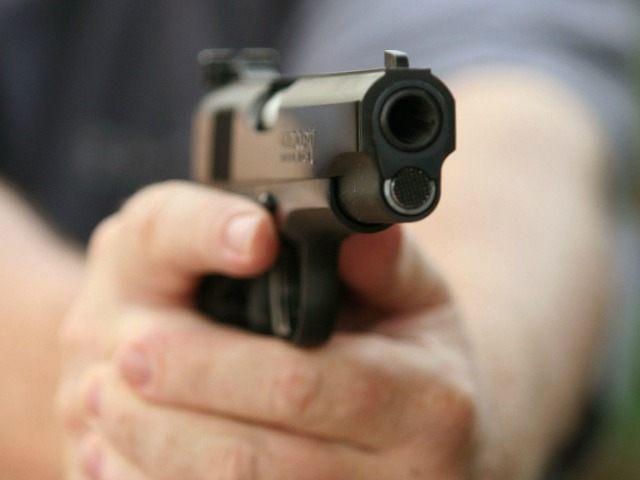 Fox 8 reports that Stephen Routh watches his parents’ home and was alerted to strange activity there by neighbors. He drove to the home and found “three suspects trying to leave out of the back door.”

Routh pointed his gun at the suspects and ordered them to the ground. They complied upon seeing the gun, and Routh held them at gunpoint until police arrived.

Fox 8 reports that the suspects were aged 14, 15, and 17 years old. They had allegedly gone through the house, pulling out drawers and breaking glass before Routh arrived on scene.

Routh said, “It is a terrible mess — all the drawers are askew, cabinets doors have been open, stuff thrown out, papers everywhere.”

He noted that the situation could have been worse: “There have been too many instances lately of home invasions and things like this where they get caught. And some people have been shot and killed, especially those home invasions … People are not taking this mess anymore.”

The Courier-Tribune identified the 17-year-old suspect as Saulo Chi Alverz. He was charged with breaking and entering and “possession of marijuana.”