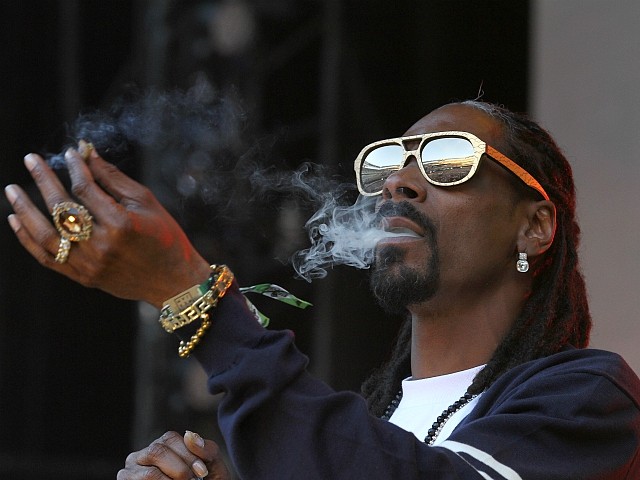 Rapper Snoop Dogg on Wednesday shared several videos of himself smoking weed outside the White House while laying into President Donald Trump with obscene slurs.

In one of the videos shared to Instagram, Snoop Dogg says, “While you niggas vote, doing all this other bullshit, I’m at the White House smoking.”

“Fuck the president,” the rapper says in the second video.

Snoop Dogg eviscerated Kanye West in a recent interview with Sirius XM, over the fellow hip-hop artist’s support of the president. “I don’t give a fuck. I tell ’em straight up, motherfucker. If you like that nigga, you motherfuckin’ racist,” he said of West. “Fuck you and fuck him. Now what?”

Snoop Dogg set off a media firestorm after releasing the video for his single “Make America Crip Again,” which depicts the rapper standing over President Donald Trump’s dead body with an American flag draped over him.

He also drew criticism from Trump supporters last year after he shot a clown dressed as Trump with a toy gun in one of his music video. “The president said he wants to make America great again,” the track’s opening lyrics say. “Fuck that sh*t, we’re going to make America crip again.”