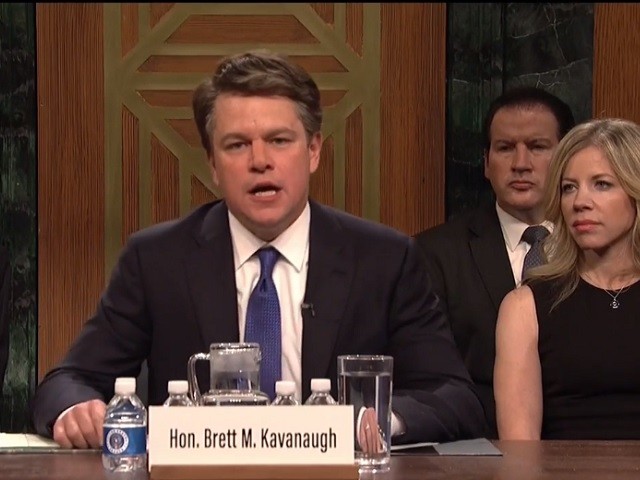 The cold open of this weekend’s episode of NBC’s “Saturday Night Live,” the premiere of the new season, featured actor Matt Damon spoofing an emotional Supreme Court associate justice nominee Brett Kavanaugh as he appeared before the Senate Judiciary Committee to respond to charges of sexual misconduct.

The left-leaning show took aim at Kavanaugh for his emotional display earlier in the week before the Senate committee.

“I’m here tonight because of a sham, a political con job orchestrated by the Clintons and George Soros, Kathy Griffin, the gay mafia and Mr. Ronan Sinatra,” Damon’s Kavanaugh exclaimed.