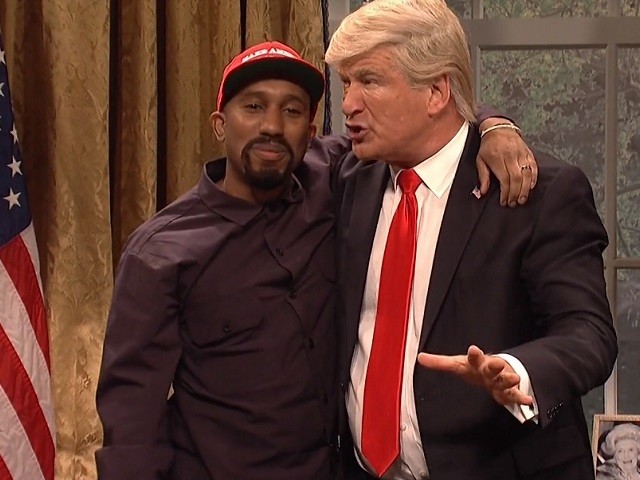 On this weekend’s broadcast of NBC’s “Saturday Night Live,” Chris Redd and Alec Baldwin teamed up to reenact the Oval Office meeting between hip-hop artist Kanye West and President Donald Trump for the show’s cold open.

The open also featured Kenan Thompson as NFL legend Jim Brown, who was skeptical of the encounter.