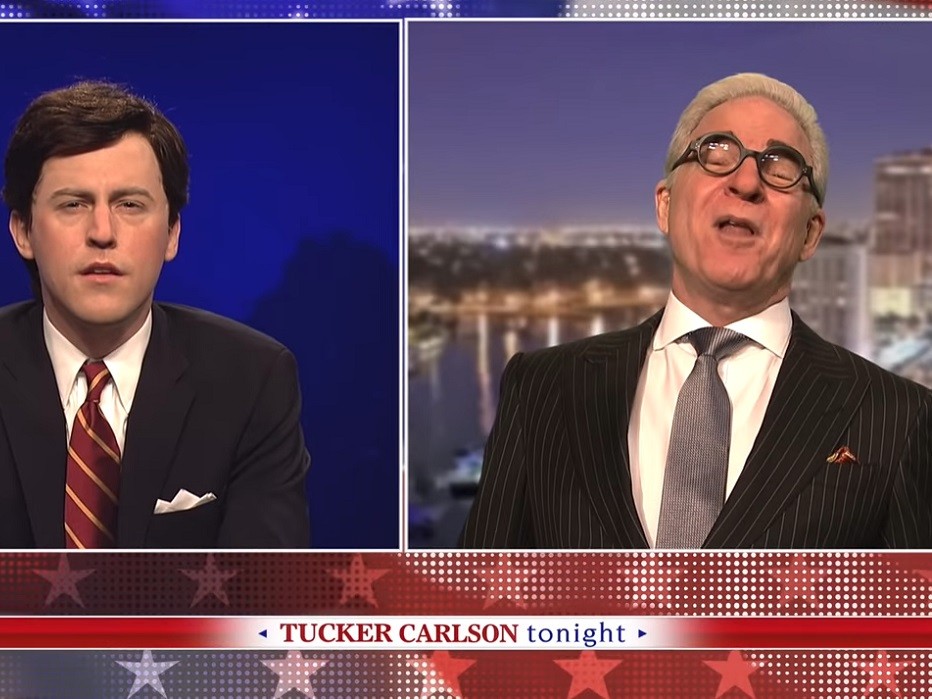 This weekend’s broadcast of NBC’s “Saturday Night Light” kicked off with a cold open that parodied Fox News Channel’s Tucker Carlson in a sketch that featured Steve Martin as Roger Stone.

Martin’s Stone made a plea for President Donald Trump to “pardon” him after mistakenly interrupted by Moffat’s Carlson, who thought the “pardon” statement was made because Martin’s Stone couldn’t hear him.

“Oh, no. That wasn’t a question. I was saying that to the president,” Martin’s Stone replied. “Pardon me.”