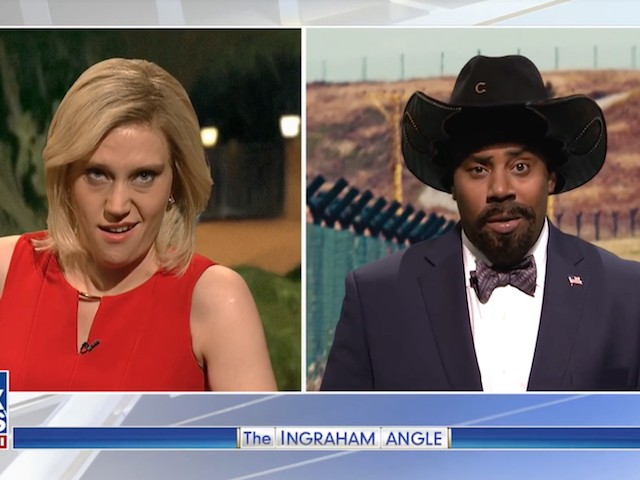 On this week’s broadcast of  NBC’s “Saturday Night Live” the cold open mocked Fox News over its coverage of the migrant caravan walking through Central America toward the U.S.-Mexico border.

Kate McKinnon who played  Fox News’s Laura Ingraham said, “We’re live from the Arizona border, where a vicious caravan of dozens, maybe millions of illegal immigrants is headed straight for you and your grandchildren.”

After playing footage of Walmart shoppers, Strong’s Pirro’s said, “It has to be real. I found it on trutheagle.gov.”

McKinnon’s mocked the claim Middle Eastern people are in the caravan by saying, “They took the very common direct flight from Iran to Guatemala.”

Thompson as Clarke said, “The caravan is only 800 miles from our border. If these immigrants walk at a normal pace of 300 miles a day, they could be here in time to vote on Election Day.”